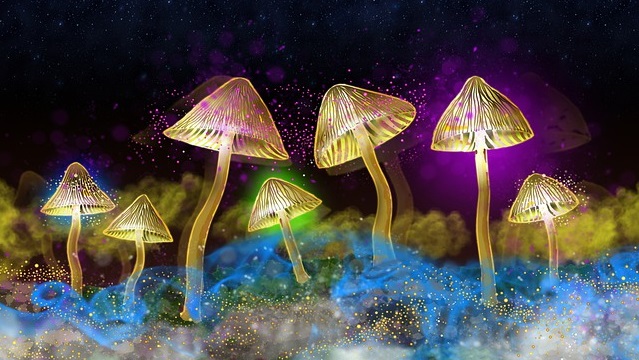 Magic Mushrooms are a popular psychedelic “party drug” that are illegal basically everywhere. But recent studies have shown that hallucinogens like “Magic Mushrooms” offer numerous benefits for the treatment of a variety of psychological issues such as PTSD. And now, researchers from NYU have found that psilocybin – the psychedelic compound found in “magic mushrooms” – could help alcoholics stop drinking.

The findings of the study were just published in the journal JAMA Psychiatry.

Psilocybin is a drug found in the Psilocybe genus. It’s used in spiritual rituals, recreationally, and as medicine.

WebMD explains that psilocybin has hallucinogenic effects. It can be obtained from both fresh and dried mushrooms in varying concentrations. It can also be created in a lab. There’s increased interest in using pure psilocybin for addictions, depression, and other mental and psychological disorders due to its potential to stimulate certain areas of the brain.

In a new study, researchers from NYU conducted a double-blind randomized clinical trial with 93 participants, which found the percentage of heavy drinking days during 32 weeks of follow-up was significantly lower in the psilocybin “magic mushroom” group than in the diphenhydramine group.

The researchers said that the results in this trial showed that psilocybin – magic mushrooms – administered in combination with psychotherapy produced robust decreases in the percentage of heavy drinking days compared with those produced by active placebo and psychotherapy.

Michael Bogenschutz, a psychedelics researcher at NYU and senior author of the study, said, “Our findings strongly suggest that psilocybin therapy is a promising means of treating alcohol use disorder, a complex disease that has proven notoriously difficult to manage.”

“As research into psychedelic treatment grows, we find more possible applications for mental health conditions,” Bogenschutz added. “Beyond alcohol use disorder, this approach may prove useful in treating other addictions such as cigarette smoking and abuse of cocaine and opioids.”

Jon Kostas, a 32-year-old study participant, said, “I’d say (magic mushrooms) saved my life. My first AA meeting was at 16 years old. I was 25 when I found the clinical trial and by that time, I was ‘treatment-resistant.’ I had tried everything to no avail.”

“I stopped drinking right after my first psilocybin session,” he added. “It worked that quickly for me. This eliminated all my cravings.”