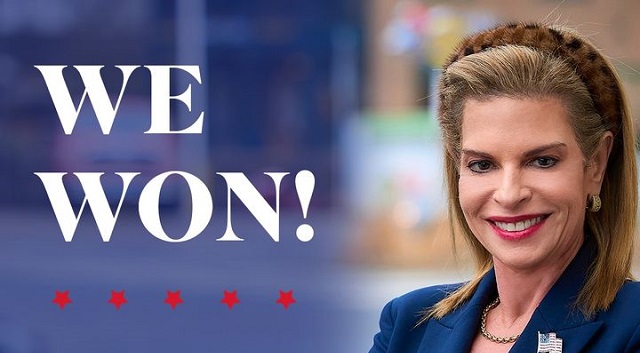 Leora Levy, the Donald Trump backed candidate, won the Republican nomination for the United States Senate in the State of Connecticut. This is important because the former President continues to try and prove that he still has political clout as he attempts to defend himself against multiple criminal investigations.

She defeated state House Minority Leader Themis Klarides with about 51% of the vote.

Leora Levy will attempt to unseat the incumbent democrat and senior senator from Connecticut Richard Blumenthal in the general election to be held on November 8. Blumenthal has served in the Senate since 2011 and is seeking election to a third term as a US senator.

At a campaign rally, Donald Trump voiced his support for Leora Levy over the telephone. “I’m giving tonight my complete and total endorsement to Leora Levy, and she’s going to go out and win this primary,” said Trump.

At the time of the endorsement, Leora Levy said, “It will help me tremendously. I am so honored, honored and humbled.”

The 65-year-old Leora Levy was born in Cuba. Her family, along with a great many Cubans, immigrated to the United States after the communist revolution there in 1959. In 2019 she was nominated by President Donald Trump to serve as Ambassador to Chile. Leora is a Republican National Committeewoman from Connecticut and serves on the Executive Committee of the RNC.

Leora Levy resides in Greenwich, has 3 children and graduated from Brown University.

CT Insider reported that Leora Levy won a majority in at least 126 of Connecticut’s 169 towns. In eastern Connecticut, Levy captured a larger percentage of the smaller number of votes available.

Leora Levy told local WTNH-TV, “I have to pinch myself. I feel like I’m living a dream. So far it’s looking good, that so many people around the state who have put their trust in me and their belief in me, that I will work for them and that I will go to Washington to make real changes that will make a difference to make their lives better.