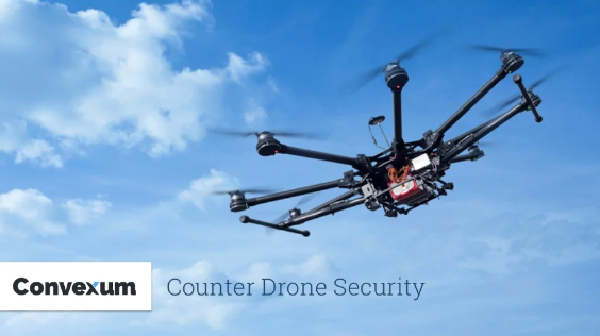 Israel’s cyber security firm NSO Group has sold its subsidiary counter drone unit Convexum to Berkeley Research Group (BRG) for $4 million. BRG just so happens to be the controlling shareholder in NSO, which has been looking to unload several of its assets in recent times.

The problem here is that Convexum is in receivership. This happened after NSO failed to repay a loan that it took from Convexum. So the sale price includes $7.5 million to be paid to the company’s creditors and $9 million in medium-term financing for the company.

Founded in 2015 by Gilad Sahar, Niv Magen, and Tom Gol, Convexum develops technology to defend against drones. And this is not just something that would help terrorists like Ayman al-Zawahri defend themselves against drone strikes. The Americans took out al-Zawahri – the man who succeeded Osama Bin Laden as the leader of Al Qaeda – just a few days ago in a drone strike in the Afghan capital Kabul.

Israel, for example, could certainly use anti-drone capabilities. Over the past few years, the terrorist group Hezbollah has been using drones more and more to spy on Israel, sending them into Israeli air space. And drones are not just capable of surveillance – they can also carry weapons. And as the technology progresses the easier it will be for a small drone to evade detection while also carrying more powerful explosives or even chemical weapons.

Headquartered in California with offices around the world, Berkeley Research Group (BRG) is a global consulting firm that helps organizations advance in three key areas: disputes and investigations, corporate finance, and performance improvement and advisory.