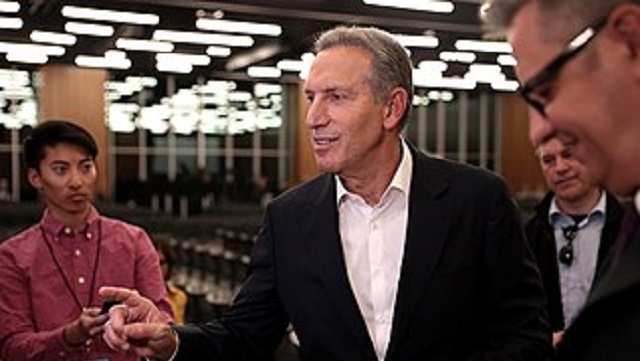 Starbucks head Howard Schultz has announced that the coffee giant will be closing a number of its locations due to security concerns. More specifically, the company is concerned about safety issues in its public bathrooms.

You heard that correctly. It’s a bathroom issue. One of its services that Starbucks has always touted is that of offering restrooms to all. But apparently, lately, there have been growing problems with homeless people in the cities using the bathrooms in ways that are not entirely appreciated by Starbucks customers.

Howard Schultz was seen in a video that someone released in which he said that Starbucks will be closing locations that are “not unprofitable.” So why close them then? Well, it’s because, as Schultz explained, their employees in these locations do not feel safe working there. This is because of security concerns relating to homelessness and drug use in bathrooms.

About two weeks ago Starbucks announced the closure of six stores in the Seattle area. Seattle is the city where the company, and the entire new coffee bar craze, famously began.

“This is just the beginning, and there are going to be many more,” Schultz said. “It has shocked me that one of the primary concerns that our retail partners have is their own personal safety.”

But newly unionized Starbucks locations’ workers are not buying this argument. They feel that the move to close branches is really part of an effort to stop the spread of unionization among its vast workforce.

Starbucks Workers United released a statement saying, “Every decision Starbucks makes must be viewed through the lens of the company’s unprecedented and virulent union-busting campaign. It is simply not credible for the company to argue that this was not a response to the growing union movement spreading across the country.”

But publications like the NY post are not so convinced by this argument, The Post has pointed out that the Starbucks store closures are taking place in major cities where there has been a clear increase in street crime and homelessness. Some, in fact, have recently taken a softer tact in the enforcement of drug laws that is probably contributing to the public bathroom problem everywhere.