In the past two decades, technical advancements have sparked a revival of interest in space activities and a new global space race involving several governmental and commercial organizations.

According to BryceTech, the space industry’s overall investment has exploded. From 2015 to 2018, an aggregate of $11.1 billion was invested in space startup enterprises. In the last three years, however, about $30 billion has been invested, with $15.4 billion in 2021 breaking all prior records. This rise is even bigger than the $6 billion that was spent from 2000 to 2014. 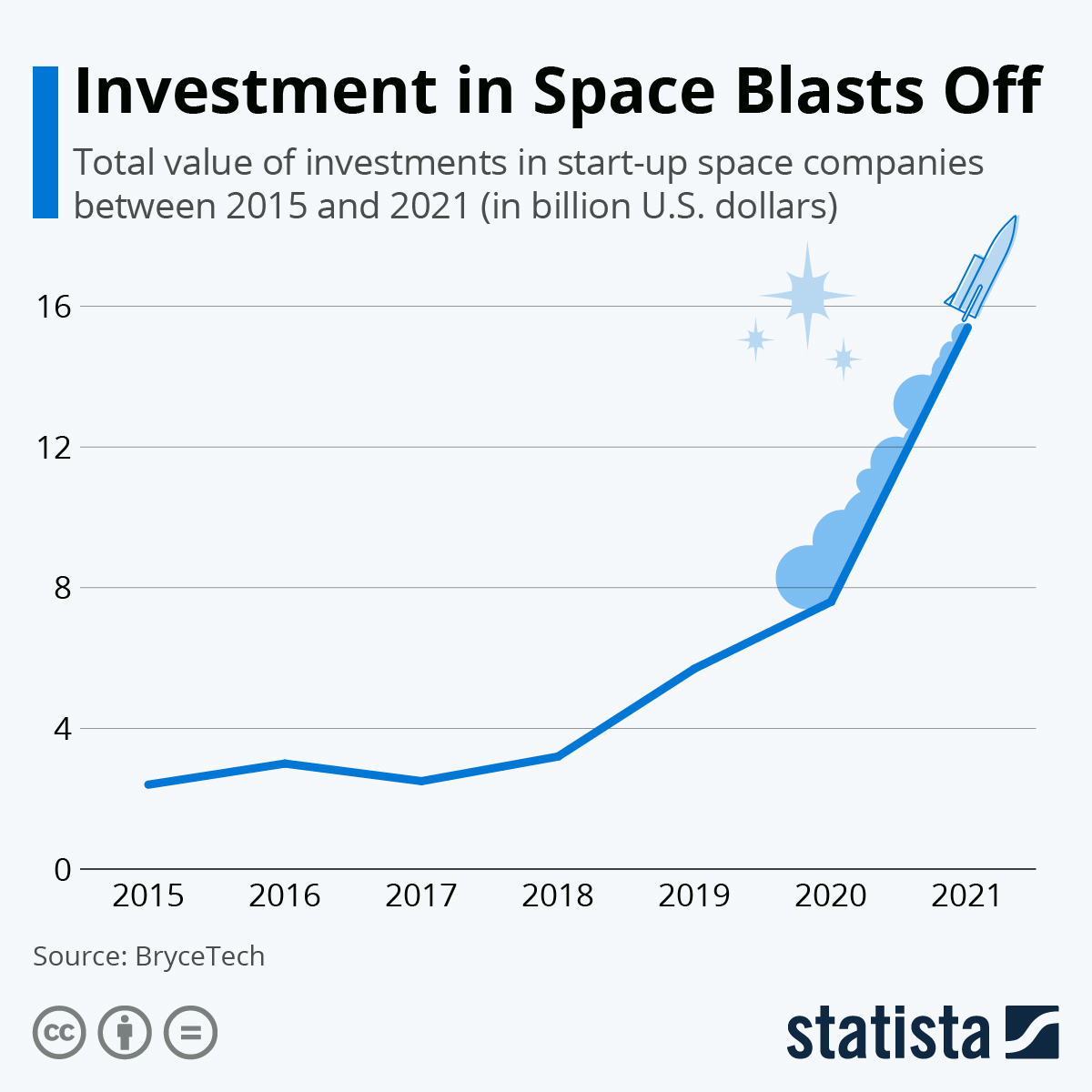 In 2018, around 26 percent of the space economy was constituted of communications-related industries (mainly consumer television). The space-based technologies for internet infrastructure are anticipated to increase this proportion to more than 50 percent by 2040.

However, since the mid-1960s and late 1970s, when an average of 128 satellites were launched each year, the number of satellite launches has decreased. In 2019, there were 2,514 satellites in orbit, with the United States accounting for 1,327.

Government spending on the space sector for study

In 2020, the United States government will be the largest contributor to NASA, whose budget is around $22.5 billion. Other significant government actors include the European Space Agency and China, but their combined expenditure in 2017 was only 10.7 billion dollars, or a little more than half of NASA’s budget 2017.

Space exploration receives over half of NASA’s budget, with the remainder devoted to other scientific, educational, technical, and administrative duties. However, public opinion suggests that NASA should emphasize research, technological development, and risk reduction above space exploration.