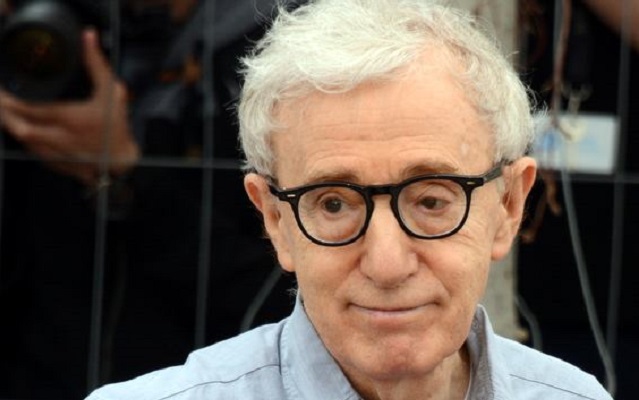 Oscar winning writer and director Woody Allen is currently making his 50th motion picture as the director and says that this will be his last film. The 86 year old Allen made the revelation in an interview with Alec Baldwin on Instagram Live.

Alec Baldwin has appeared in a number of Woody Allen movies over the years.

Woody Allen told Alec Baldwin that while he will “probably make at least one more movie,” the director feels that, as for making movies, “A lot of the thrill is gone.”

“When I used to do a film,” Woody Allen added, “it’d go into a movie house all across the country. Now you do a movie and you get a couple weeks in a movie house. Maybe six weeks or four weeks and then it goes right to streaming or pay-per-view. It’s not the same. It’s not as enjoyable to me.”

And this is how his movies have been released over the years. From Sleeper to Blue Jasmine, from Bananas to Midnight in Paris, they have mostly been screened in what were once called “art house” theaters. But the days of these venues are long since gone with the world now full of multiplexes and streaming services.

Woody Allen got his start in his early twenties writings comedy for television. At the age of just 20, he already worked with such comic legends as Sid Caesar and Carol Burnett. Then came the 1960s and Allen transformed in a successful standup comic and regular talk show guest. He could always be counted on to make good conversation and many of these appearances can still be found on YouTube.

By the 1970s he had shun all such activities and Woody Allen devoted himself to making movies alone.

The Internet Movie Data Base (IMDB) lists Wordy Allen as having 87 writing credits, 57 directing credits (these include made for television movies and shows) and 48 acting credits. Interestingly, he has never been credited as a producer on any of his projects, unless you count one lonely associate producer nod.

Woody Allen has won 4 Oscar Awards – 3 for writing and one for directing – and 18 nominations, all for either writing or directing except for his one acting nod for starring in the movie “Annie Hall.” That movie won Allen his first two Oscars in 1978, one for writing and one for directing. And it also got Diane Keaton an Oscar for best actress. She would be the first of many actors to win Oscars for their roles in his movies.

Michael Caine won his first for best supporting actor for Woody Allen’s 1986 movie “Hannah and Her Sisters.” Dianne Wiest also won her first of two Oscars for best-supporting actress for the movie. Her second would also be for a Woody Allen pic, “Bullets Over Broadway.” And Cate Blanchett won her Best Actress Oscar for his 2012 movie “Blue Jasmine.”

Allen himself did not attend any of the Oscar ceremonies in which he, or anyone else who worked on a movie of his, won an Oscar. Woody Allen eschews such ceremonies saying that they are too self-indulgent. But he did make one appearance in the last 50 years at an Oscars ceremony. This was in March 2002 after the 9/11 terrorist attacks that came the previous fall. Allen attended to make a special presentation about New York and cinema.

As of now Woody Allen’s next movie is simply titled Untitled Paris Project.