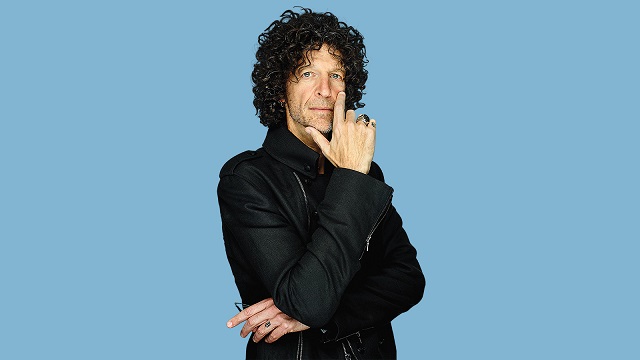 Howard Stern, the world’s favorite man to hate, declared his intentions to run for President of the United States. And now he has tapped Oscar nominated actor Bradley Cooper to be his running mate. All this as the radio star accidentally revealed plans for an upcoming Marvel Doctor Doom Movie.

If you don’t love Howard Stern, then you hate him. Stern has been a radio personality for almost fifty years. He became an icon when his show went national with syndication in the 1980s. Then, after years of struggle and millions in fines for explicit content on the radio Howard Stern made the jump to satellite radio in 2005.

And now he wants to be the President of the United States.

Howard Stern made the announcement in response to last week’s decision by the U.S. Supreme Court to overturn the Roe v Wade decision and allow states to once again ban all abortions.

“The problem with most presidents is they have too big of an agenda,” he said. “The only agenda I would have is to make the country fair again.”

On the Supreme Court ruling Howard Stern commented, “It’s very hard to have a Supreme Court that’s openly lied,” saying that it “undermines everything.”

And now the 68 year old Stern said that he has found the perfect running mate in the 47 year old Bradley Cooper. Howard Stern chose Cooper after the actor phoned to congratulate Stern on his decision to run.

‘He said I want to congratulate you and you have my vote and we had a very lovely conversation and I said, How would you feel about being the Vice President? And you know what he said? Done!” Stern explained oh his show Wednesday.

This would not be his first foray into politics. Howard Stern ran for governor of New York in 1994. He actually went as far as to get the Libertarian party’s nomination. But in the end he dropped out of that race over New York’s requirement that a gubernatorial candidate reveal his finances publicly. But Stern, to this day, likes to give himself credit for having helped Republican George Pataki win the election that year, unseating three term governor Mario Cuomo.

But the real question people are asking right now is if any of this is for real? Most people thought that Howard Stern’s run for governor was just a joke or a publicity stunt. And obviously, Stern is far from going ahead with an actual presidential run.

As for the Marvel Cinematic Universe, on his Wednesday show Howard Stern may have accidentally revealed plans for a Doctor Doom movie when speaking on a hot mike.

“Tell [Kevin Feige] it works, but they’re going over the schedule with me, and it’s going to suck I told you, I’m going to do ‘Doctor Doom.’ That’s the thing. But believe me, I’m f–king miserable about it… I called Robert Downey Jr. and I was asking him acting techniques,” Stern was heard saying.

According to Marvel Fandom, Dr. Victor von Doom Ph.D – aka Doctor Doom – is a Latverian politician who serves as the Monarch and Supreme Leader for the Kingdom of Latveria (a fictitious country). He was scarred from an accident and wears an iron mask and armor to hide his true face and is considered one of the most brilliant minds and scientists on the planet Earth. He is also a sorcerer with skills in magic matching the most powerful beings in the Universe.

But Marvel Studios, which is owned by Disney, has not made any official announcements about a planned Doctor Doom movie.

Howard Stern’s comments about being in a Doctor Doom movie are probably more believable than those about running for President. But who knows with Stern. The so called accident may have actually been part of some sort of prank.