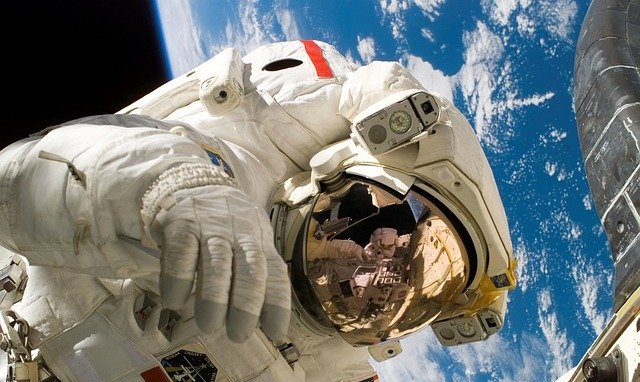 Tel Aviv University scientists have shown that diseases can be diagnosed in space using CRISPR-Cas. This was done through an experiment performed on the International Space Station.

CRISPR systems are the immune systems of bacteria from viruses. Bacteria use the CRISPR-Cas systems as a sort of molecular “search engine” to locate viral sequences and cleave them in order to disable viruses.

O.K., but why is this important? Why do people need to be able to conduct such experiments in space?

Well, the idea here is that since all space travel is conducted in zero gravity and the likelihood of any new tech recreating Earth gravity levels in space being developed in the near future is nil. So, for now, space travelers need a way to conduct such tests in zero gravity conditions. If someone should get sick in any future space mission in zero gravity – or in low gravity as on the Moon – the medics or doctors will need to somehow be able to test for diseases.

Dr. Dudu Burstein from the Shmunis School of Biomedicine and Cancer Research at Tel Aviv University led the new study. He explained, “Conditions in space are extremely problematic, and treatment methods are limited, so it is essential to identify pathogens in a rapid, reliable, and straightforward method. Tests like PCR, which we are now all familiar with, require trained personnel and relatively complex equipment.”

And anyone who has been paying attention these past few years surely knows now what a PCR test is.

In the framework of their experiment the researchers proved that the CRISPR-Cas can be used to precisely and reliably identify viruses and bacteria infecting crew members during space missions.

The experiment was conducted in space by astronaut Eytan Stibbe as part of the “Rakia” mission launched to space in April, under the leadership of the Ramon Foundation and the Israel Space Agency.

Dr. Burstein described the process of preparing the experiment for space. “Doctoral student Dan Alon and Dr. Karin Mittelman planned the experiment in detail and conducted it countless times in the lab under various conditions. After reaching the desired result, they prepared a kit, including the CRISPR-Cas system and the other components required for detection. Eventually, this kit was launched together with Eytan Stibbe to the International Space Station.”

He added that the results of the experiments conducted by Stibbe were highly successful, and the researchers proved that it is indeed possible to perform precise and sensitive CRISPR-based diagnosis even in an environment with virtually no gravity.

“This is the first step towards the simple and rapid diagnosis of diseases and pathogens even on space missions” added Dr. Burstein. “There is still work to do on the next stages: simple extraction of DNA from samples, making the system more efficient, such that it will be able to test a variety of organisms in one test tube, and diagnosis of more complex samples. It was inspiring to see our test kit in Eytan’s hands at the Space Station, and we’re even more excited by the possibility that such kits will help future astronauts on their extraterrestrial missions.”