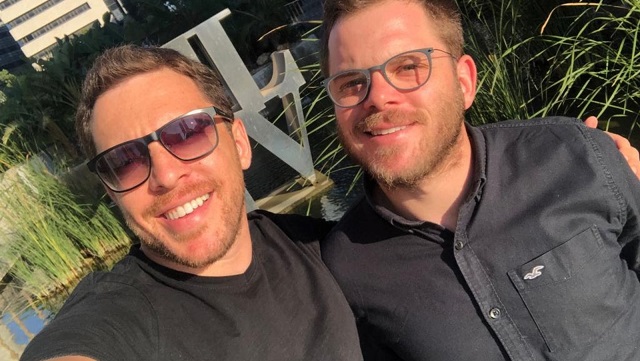 Michael and Daniel Shnaider of Warmy and AnyBiz (company courtesy)

AnyBiz.io is a new Israeli startup that offers its clients a way to get to potential customers using e-mails. The founders are also the people behind Warmy.

Advertising does not always work to bring in the business, especially for wholesalers. And anyone who has ever worked in sales knows how hard it is to through to the people in charge who can actually make the decision on buying their products. This is where AnyBiz steps in.

Daniel Schnaider, 32, founded AnyBiz.io in 2020 with his older brother Michael. The brothers have 6 academic degrees and 8 years of entrepreneurial experience between them. Daniel served in one of the IDF’s vaunted high tech units as a captain and even appeared on the Israeli version of the startup proposals show Shark Tank. He has degrees in Electrical Engineering, Biomedical Engineering and an MBA.

Michael Shnaider has degrees in Information Systems, Computer Science and an MBA. He served in a special forces unit in the Israeli Air Force and was previously a product manager at the Israeli startup – AnyWord.

So why did they start Any Biz? Well, it’s a very old and very familiar story.

“When we had a product we sold on Amazon and it was a success, but then came the competition which cut greatly into our business,” Daniel told JBN. And for some entrepreneurs, the new competition comes even from Amazon itself which can offer lower prices.

So what did they do? Well, they tried to market their products directly to retailers. But that, as with all sales and marketing, is easier said than done.

“It was a long and difficult journey, it took so much time for us (but it worked). We did not find any tool that can do this for us. Everything was expensive and did not work for us. After 10 months of manual hard work, we decided to help ourselves and others to automate all the processes.”

So, they came up with a novel approach to building a customer base and that turned into their company AnyBiz.

“We can approach businesses with e-mails within a very specific target range and do it in just 1 minute,” he boasted. Daniel explained that this would not work for just anyone because to be successful with e-mail campaigns takes a great deal of knowledge. And, of course, he did not reveal his company’s proprietary way of getting this done.

The Schnaider brothers were also involved in helping the people in Ukraine when Russia invaded the country at the end of February.

Daniel told JBN the details of their evacuation from Ukraine. He described how one day he heard the bombs going off and the air raid sirens all over Kyiv. “We understood something really bad just happened in the country,” he said. So they decided to get out of the city and take their people with them to Moldova.

But the developers who worked for the company could not get out of town as quickly as they did because of their families and the need to gather whatever items needed while away. So they went ahead to Moldova themselves where the Schnaider brothers had to wait another day for them to come. Unfortunately, the men could not leave Ukraine because they were of draft age and the emergency situation meant that young men needed to stay behind to aid in their nation’s defense.

Once the wives and children of their employees reached Moldova, the brothers helped them get to safety and provided for them.

Since then, both Warmy and AnyWord have been able to keep their Ukrainian employees on the payroll as they continued to work from wherever they had to go to find safety.