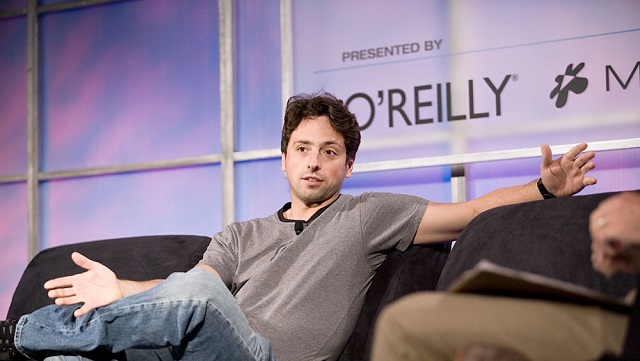 Sergey Brin, the co-founder of Google who is worth about $73 billion, is getting divorced – again. One of the Google founders, Brin is calling it quits on wife number 2 who he has been married to for just three years. He and Nicole Shanahan, however, have been separated for a while now.

Citing the usual generic “irreconcilable disagreements” as the cause, Sergey Brin formaly filed the divorce paperwork earlier this month. He joins fellow super billionaires Bill Gates and Jeff Bezos who have also recently gone through high profile divorces. According to reports the couple agreed that all of their issues as to the dispensation of their property and other financial matters that come up in a divorce will be determined by confidential binding arbitration in accordance with a written agreement that they have (read prenup).

Sergey Brin will soon turn 49. He first met Nicole Shanahan in 2015, around the time that Brin finalized his divorce from wife number 1, Anne Wojcicki, with whom he was marries for 8 years. The two had two children together, a boy and a girl. Brin and Shanahan have one daughter together.

Wojcicki is Jewish. Since her divorce form Sergey Brin the two have continued to run the Brin Wojcicki Foundation together. Through this foundation the two have donated a lot of money to The Michael J. Fox Foundation and in 2009 they gave $1 million to support the Hebrew Immigrant Aid Society. Wojciki is also a self-made woman who brought her own money to the foundation. She was, for example, co-founder and CEO of 23andMe, a direct to consumer DNA testing company.

Coming in at number 7 overall, Sergey Brin is the wealthiest Jew in the world according to Forbes’ list of the world’s biggest billionaires. He may not be worth as much as Elon Musk or Jeff Bezos – number 1 and 2 on the Forbes list – but he probably doesn’t care.

Born in Moscow, Sergey Brin and his Jewish family were allowed to emigrate from the Soviet Union when he was just six years old. Now the 48-year-old is worth $114.3 billion. And what did he do to earn all that money? Not much. All he did was found Google.