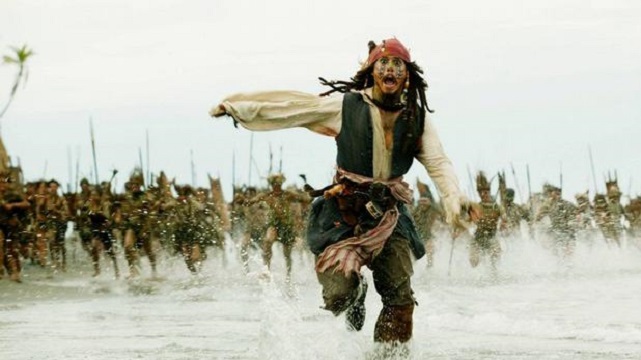 Johnny Depp in Pirates of the Caribbean

Johnny Depp may have just won a big victory in court over his ex-wife Amber Heard in what might become the biggest civil suit of the decade, but don’t expect Depp to reprise his role as Jack Sparrow in a sixth installment of the Pirates of the Caribbean series. The producer of the blockbuster movies, Jerry Bruckheimer, said that Johnny Depp will not be coming back.

When asked about the possibility in an interview with The Sunday Times, Jerry Bruckheimer answered, “Not at this point,” but then left the option open by adding, “The future is yet to be decided.”

Johnny Depp starred in the first five Pirates of the Caribbean movies which were released over a period of 14 years. Jerry Bruckheimer produced the light-hearted series of films about the adventures of oddball pirate Jack Sparrow. The movies co-starred a who’s who of Hollywood royalty including Oscar winners Geoffrey Rush, Penelope Cruz, Javier Bardem and stars such as Orlando Bloom and Keira Knightley.

A sixth movie is currently in the works, but it does not yet have a title, nor is there any information about what its plot might be. Jerry Bruckheimer, however, said that he wants it to be sort of a reboot and center around an entirely new pirate, a woman. He also said that his ideal choice for a new star would be Australian sensation and two time Oscar nominee Margot Robbie.

About this, Jerry Bruckheimer told the Times, “We’re developing two ‘Pirates’ scripts. One with her, one without.”

Jerry Bruckheimer was born in Detroit in 1943 to German-Jewish immigrants. After starting in advertising, Bruckheimer went on to be known as one of the biggest action movie makers of all time. He was involved in making “Beverly Hills Cop,” “Flashdance,” “Top Gun,” “Armageddon,” and the “Pirates of the Caribbean” movies.

One of the ten wealthiest Jewish entertainment moguls in the world, Jerry Bruckheimer is said to be worth more than $1 billion.