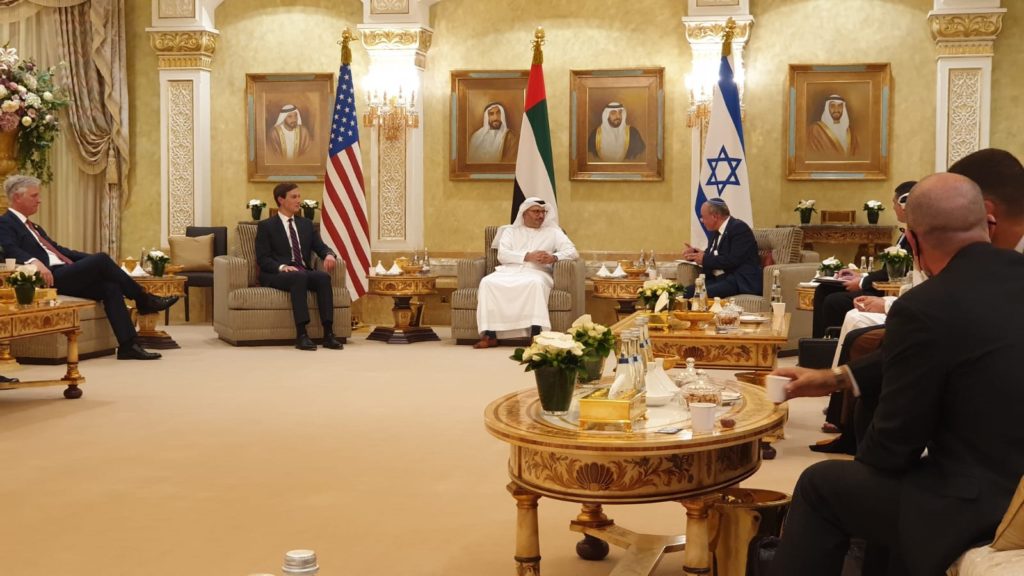 There is new word about just how desperate Jared Kushner was to desert Donald Trump and get out of town after the President lost his reelection bid in November of 2020. The former first son-in-law and senior White House aid knew the party was over for Trump, even as the band played on.

This was revealed in a report in the New York Times based on excerpts from the new book about Jared Kushner and the Trump Presidency by Peter Baker and Susan Glasser called “The Divider: Trump in the White House, 2017-2021”

According to a report in the New York Times, Jared Kushner had already told his wife Ivanka Trump that he wanted to get out of Washington and move down to Florida after the polls closed on election night 2020, but before the votes were even fully counted.

To people who know anything about Jared Kushner it will come as little surprise that he tried to get his family onto that first lifeboat off of the Titanic once it hit the iceberg, and even before the captain ordered people to abandon ship.

After all, this is the Jared Kushner who spent much of his time working as a senior White House aid expanding his own business interests. For example, while taking much of the credit for negotiating the Abraham Accords that brought peace between Israel and the Arab Gulf states of the United Arab Emirates and Bahrain, he actually did more to ensure his own financial interests. By sheer coincidence, Kushner and his business associates raked in $2 billion from Saudi investors for their VC firm Affinity Partners not long after Donald Trump left office.

Apparently, both Jared and Ivanka accepted the election results as called and rejected Donald Trump’s assertions of fraud. But they, to date, have never publicly repudiated the claims of a “stolen” election. But they did try and convince the President of the reality. Trump, however, refused to listen to reason and brought in Rudy Giuliani to handle his court fight over the election results. It was at that point that Jared stopped trying to get Trump to see reason and stepped away from his inner circle.

The new book also describes the way in which Jared Kushner would “handle” Donald trump.

“Mr. Kushner developed his own techniques for handling Mr. Trump. One key, he told others, was feeding the president good news, even if it was in short supply,” goes one excerpt from the book that was revealed by CNN. “In fact, Mr. Kushner came up with a specific mathematical formula for his peculiar brand of Trump management: two to one. Any phone call, any meeting should include this good-news-to-bad-news ratio. He would give twice as much upbeat information as grim updates. He similarly made a habit of telling Mr. Trump to add five points to any bad poll, rationalizing that traditional surveys missed many Trump voters anyway, part of a common White House practice of telling the president what he wanted to hear regardless of the facts.”

Many would say that it was unfortunate that Jared Kushner’s ability to influence Donald Trump failed to stop the former President’s maniacal insistence that he could not have possibly have lost the election. Otherwise, Kushner might have prevented the January 6, 2021 insurrection from ever happening.