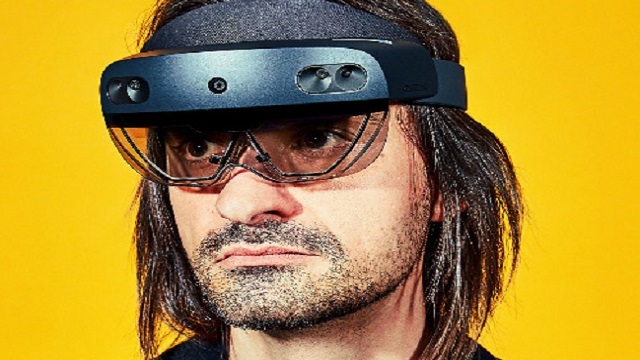 Alex Kipman has been forced to leave his position running Microsoft’s HoloLens mixed reality group after he was accused of misconduct toward female employees at the company, reported GeekWire. The charges were leveled by both current and former Microsoft employees in a report published last month by Insider.

The report accused Alex Kipman of engaging in “toxic” behavior at Microsoft.

According to GeekWire, Scott Guthrie, the head of Microsoft’s Cloud & AI Group, said in the email that the changes in management “will align and further accelerate our overall Metaverse efforts as a company this coming fiscal year.”

Guthrie also said that, “Over the last several months, Alex Kipman and I have been talking about the team’s path going forward. We have mutually decided that this is the right time for him to leave the company to pursue other opportunities.”

Alex Kipman was born in Brazil and graduated from Rochester Institute of Technology in 2001 with a degree in software engineering. He was named one of TIME Magazine’s 2011 ‘100 People of the Year.’ In 2012, he was named National Inventor of the Year by the nonprofit Intellectual Property Foundation.

In 21 years with Microsoft, Alex Kipman most recently served as the Technical Fellow for AI and Mixed Reality in the Cloud and AI Group at the company. On his Linkedin page Kipman describes himself as an innovator at heart, who has led four “major break-through” products for the company, including Kinect in 2010. Microsoft HoloLens was his latest product creation, bringing holograms to Windows.

Alex Kipman was named as the primary inventor on more than 100 patents since joining Microsoft in 2001. He entered Microsoft’s Hall of Legends in 2011. This award recognizes an individual responsible for creating or directly influencing a visionary initiative through collaboration and technical leadership, creating a breakthrough in the technology industry.

Microsoft describes its Hololens as an ergonomic, untethered self-contained holographic device with enterprise-ready applications to increase user accuracy and output. It is basically a pair of mixed reality smartglasses using a head-mounted display unit connected to an adjustable, cushioned inner headband, which can tilt HoloLens up and down, as well as forward and backward.

Microsoft says that the company regrets Alex Kipman’s departure, Scott Guthrie added in his e mail, “I appreciate the tremendous vision Alex has provided to Microsoft over the years, and all that he has done to advance our Metaverse offerings. Alex is committed to helping the teams with the transition process over the next two months and ensuring success before pursuing what is next for him.”