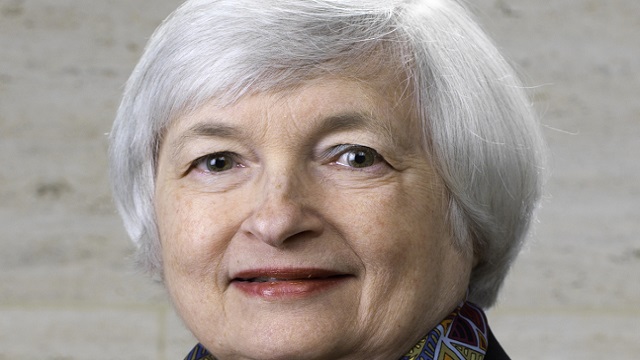 Treasury Secretary Janet Yellen has said that people should expect the current state of inflation to continue into the foreseeable future. The comments came in testimony that she made before the U.S. Congress.

The U.S. is not alone when it comes to inflation. The current inflation began as the world exited the Covid crisis. This led to a situation in which demand soared quickly, while production was still limited due to closures. This meant that supply could not meet demand and therefore, inflation went up.

And just when the world seemed to be coming out of the tunnel, Russia invaded Ukraine. The invasion led to massive economic sanctions imposed on Russia by both the U.S. and the Europeans.

As such, the flow of a great many products out of Eastern Europe was disrupted causing continued shortages. Then the west imposed embargos on Russian oil and natural gas, which sent oil and energy prices around the world soaring. Oil is so central to the entire supply chain, and production as well, that the increase in its price is guaranteed to cause the prices of all goods to rise as well.

It was under this backdrop that Janet Yellen was called to testify before the U.S. Senate.

“I do expect inflation to remain high although I very much hope that it will be coming down now,” said Janet Yellen.

“We’re seeing high inflation in almost all of the developed countries around the world. And they have very different fiscal policies,” she added. “So it can’t be the case that the bulk of the inflation that we’re experiencing reflects the impact of the ARP.”

Janet Yellen was put on the spot for saying this now when earlier she had described the current inflation as being only “transitory.”

The Treasury Secretary explained that when she used that term it was before there were new Covid variants that caused the crisis to continue, and that no she could not have anticipated the Russian invasion of Ukraine. Yellen said that she could not have expected that there would be multiple Covid variants, “that would be scrambling our economy and global supply chains, and I was not envisioning impacts on food and energy prices we’ve seen from Russia’s invasion of Ukraine.”

“Putin’s war in Ukraine is having impacts on energy and food prices globally,” said Janet Yellen. “We are not the only country experiencing inflation. You can see that in virtually every developed country around the world.”

“We are part of global oil markets that are subject to geopolitical influences,” added Yellen. “Given the global nature of these markets, it’s virtually impossible for us to insulate ourselves from shocks like the ones that are occurring in Russia that move global oil prices,” Yellen said. She added that it is critical that the United States become “more dependent on the wind and the sun that are not subject to geopolitical influences.”