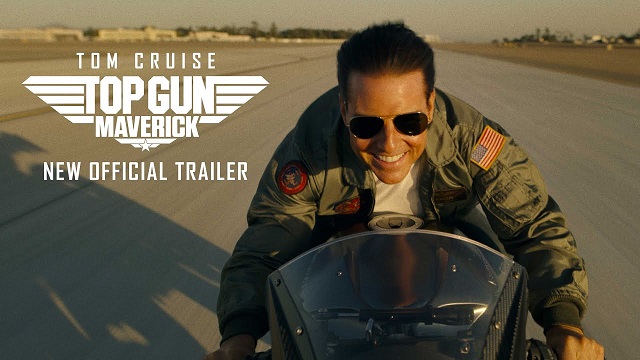 While the new Tom Cruise movie “Top Gun: Maverick” –sequel to the 1986 hit Top Gun – is raking in the big bucks at the box office, there are several Israelis who are not so happy with the film’s success. The family of the Israeli man whose magazine article was the basis for the original Top Gun movie is suing the filmmakers saying that they hold the copyright to the original story and should have been compensated for its use in a new film.

The original Top Gun film from 1986 was based on an article published in California magazine. The 1983 article about navy pilots titled Top Guns was written by Israeli Ehud Yonay. The lawsuit was filed by Shosh Yonay and Yuval Yonay, the widow and son of the late Ehud Yonay. The family says that the deal in which the story’s rights were sold for the making of the first Top Gun movie ran out before the sequel was released and so Paramount needed to negotiate a completely new deal with them before making the sequel.

According to their suit, which was filed in the U.S. District Court for the Central District of California, “On January 24, 2020, the copyright to the Story thus reverted to the Yonays under the Copyright Act, but Paramount deliberately ignored this, thumbing its nose at the statute.”

Everybody is talking about the new Tom Cruise movie these days as it sets records and makes a fortune at the box office. It marked Tom cruise’s biggest movie opening ever, set Memorial Day weekend records in the U.S. and is already approaching $600 million in worldwide gross. And the film has proven that the soon to be 60-year-old Tom Cruise is one of the greatest box office stars of all time. His next installment in the Mission Impossible series due out next year should be a hit too.

It is fitting that Top Gun: Maverick is such a big hit for Tom Cruise. While his 1983 film “Risky Business” made him a celebrity and a teen idol, it was the first Top Gun movie in 1986 that made him a star and an action hero. It is what transformed Cruise from just another fixation for teen girls’ crushes like Rob Lowe and Charlie Sheen were in the 1980s, into a legend of Hollywood. Those other actors disappeared and ended up on television shows while Cruise went on to perform his own stunts, get nominated for Oscars and rake in billions at the box office.

As for the lawsuit, basically, the law says that the copyright to the original story reverted to them after 35 years. The 35 year mark came in 2021. But here is the rub: The movie was filmed before that and was due to be released by the end of the 35 year period, but was delayed due to the Covid crisis. So a judge will need to determine if the makes a difference, or if the movie needed to actually be released before the end of the 35 year period.

Paramount studios, for its part, declared its intention to fight. The company released a statement saying, “These claims are without merit, and we will defend ourselves vigorously.”