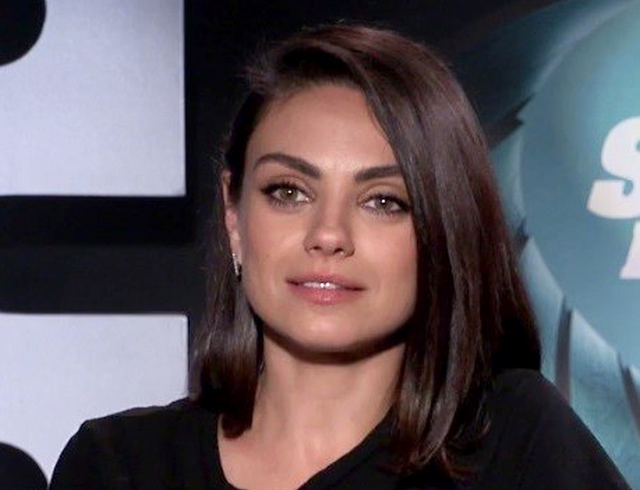 Mila Kunis made the cut for Time Magazine’s most influential people of the year under the category of artists. And she has had a banner year.

None other than Zoe Saldana of Star Trek and Guardians of the Galaxy fame wrote the article about Mila Kunis. In it, Zaldana said that she, “gives 100% to each and every one of her roles: as a mother, as a wife, as a daughter, as a granddaughter, as a friend, as a producer, as an actor. She goes all in, and she cares a great deal.”

Since she was born Milena Markovna Kunis in Ukraine and has taken a stand against the Russian invasion of that country which has lasted for almost 3 months now and has seen the deaths of countless innocent civilians. In March, Kunis and her actor husband Ashton Kutcher donated $3 million to help the people of Ukrainr. The couple pledged to match that much money in a fundraiser that they have launched with a GoFundMe page.

Mila Kunis recently tweeted at the time, “God protect the people of Ukraine! My thoughts and prayers are with you.”

And in a video with husband Kutcher promoting their new fundraiser, Mila Kunis says, “I have always considered myself an American, a proud American. I love everything that this country has done for myself and my family, but today I have never been more proud to be a Ukrainian.” In a post of the video in Instagram Ashton Kutcher wrote, “While we are witnessing the bravery of Ukrainians, we are also bearing witness to the unimaginable burden of those who have chosen safety.”

On this, Zoe Saldana wrote that Mila Kunis has, “always been proud of who she is and where she comes from, and the sacrifices that her family made for her and her brother to come to America.”

“She’s also been very aware of what it must have been for her parents and grandparents and great-­grandparents to have left it all behind,” added Saldana. She then added about herself and Mila Kunis that as daughters of immigrants, they both understand that you “stand in a certain box that makes you quite responsible very early in life. It is a mission and a responsibility and a blessing. Seeing her fundraise for Ukraine and raise tens of millions: it’s what we have come to expect the Kutcher-Kunis clan to do, to always rise to the occasion.”

Saldana also said that Mila Kunis is very much a leader who helps her fellow mothers and organizers fundraisers for causes she cares about.