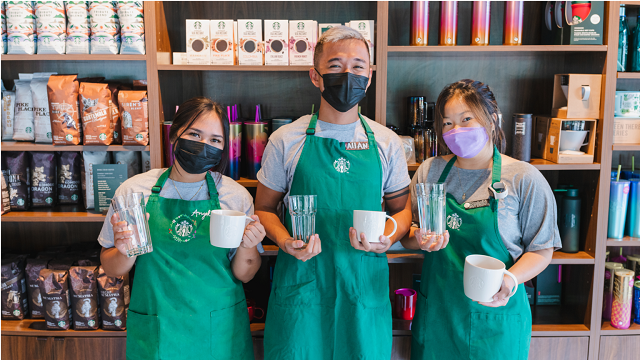 Russians won’t be able to get their Starbucks lattes or Caramel Macchiatos, Frappuccinos, or any of the other various specialty drinks that the company offers. The world’s most popular chain of coffee bars has announced plans to exit the Russian market for good because of that country’s continuing invasion of Ukraine.

Starbucks will shutter all of its 130 stores in Russia and will also take its brand out of the market there entirely. The company also that that it would cease the shipment of all Starbucks products to Russia. This would mean that Russians will not even be able to buy packaged Starbucks products like its capsules for coffee makers or instant mixes at their local supermarkets any more either.

Starbucks is the second major worldwide food and beverage company to give up on Russia so far this month. Its move follows McDonald’s which announced recently that it would be exiting the Russian market after having been there for 32 years, since the end of the Cold War. The move ends 15 years of doing business in that country.

“We condemn the unprovoked, unjust and horrific attacks on Ukraine by Russia, and our hearts go out to all those affected,” Kevin Johnson stated in March just before he stepped down as company CEO. “The invasion and humanitarian impact of this war are devastating and create a ripple effect that is felt throughout the world.

And in an update to its statement from March, Starbucks is now saying, “As we mentioned on March 8, we have suspended all business activity in Russia, including shipment of all Starbucks products. Starbucks has made the decision to exit and no longer have a brand presence in the market. We will continue to support the nearly 2,000 green apron partners in Russia, including pay for six months and assistance for partners to transition to new opportunities outside of Starbucks.”