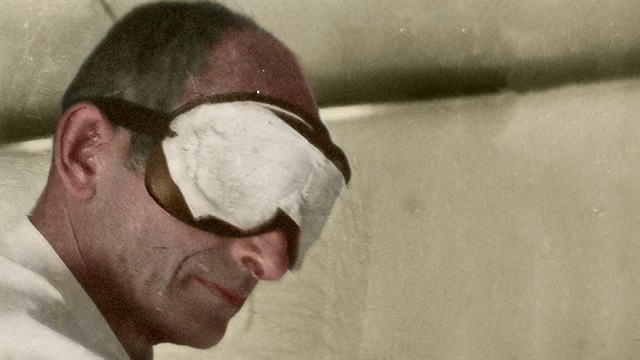 A new documentary about Adolph Eichmann called “The Devil’s Confession: The Lost Eichmann Tapes,” will be shown at the Docaviv documentary film festival in Tel Aviv. The movie uses transcripts of interviews that Eichmann gave while living in Argentina in which he documented his crimes as part of the Holocaust, and recreates them with actors.

The Holocaust could not have happened had it not been for people like Adolph Eichmann. He was the consummate administrator who made sure that an efficient process was developed for the implementation of the final solution and personally organized the mass deportations of countless Jews to be murdered in concentration camps.

Adolph Eichmann escaped justice after the end of World War II and found sanctuary in Argentina where he lived under an assumed identity. But he was found out and Israeli agents captured Eichmann in 1960 and brought him back to Israel to stand trial for his crimes. He was convicted and executed in 1962, making Eichmann the only person ever sentenced to death in the State of Israel.

The Devil’s Confession: The Lost Eichmann Tapes, adds to the already known parts of the story. The documentary takes advantage of the fact that just a few weeks before the opening of the Eichmann trial, transcripts of recorded conversations that Adolf Eichmann had with a Dutch Nazi journalist, Willem Sassen, were mysteriously handed over to prosecutor Gideon Hausner.

The conversations were held a few years before Eichmann was brought to Israel by the Mossad. During the trial, Eichmann tried to convince the world that he was nothing more than a bureaucrat who carried out orders. But the transcripts tell a different story: in them Eichmann proudly boasted of having had a significant role in planning and executing the Final Solution.

“For the first time, we will confront Eichmann with himself in full color, revealing the hidden factors and motives that succeeded in hiding these recordings,” says the film’s promotional material.

The movie was produced by Yariv Mozer, a member of the Board of the Israeli Film Academy and a member of the EFA. A graduate of TAU BFA with honors in the Department of Film and Television. He also won the Ophir Award for Best Documentary for Ben-Gurion, Epilogue (Israel, France, Germany 2016).

Running from May 26 to June 5, Docaviv – the Tel Aviv International Documentary Film Festival is the largest film festival in the city of Tel Aviv, and the only festival in Israel dedicated exclusively to documentary films. It is among the world’s leading documentary festivals, with over 120 new local and international documentaries screened each year.

In order to expose as wide an audience as possible to documentary works, the NPO also organizes two regional festivals in Israel: Docaviv Galilee, held in Ma’alot Tarshiha, and Docaviv Negev, held in Yeruham, as well as dozens of documentary film screenings at cultural centers throughout the country.
The Festival and NPO were founded in 1998 by Ilana Tzur.