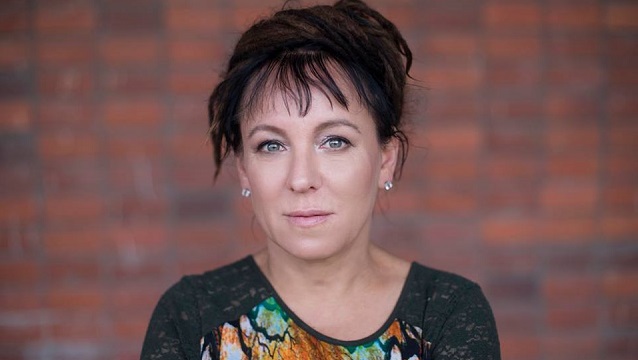 Olga Tokarczuk, a Polish Nobel Laureatte in literature, had some harsh comments about Russia and its current regime in the wake of the ongoing invasion of Ukraine. While speaking at the Jerusalem International Writers Festival this week in Israel’s capitol, the author called Russia a “threat” to the free nations of the world.

The comments came in an interview with Israeli journalist Tamar Ish Shalom in which Olga Tokarczuk spoke about her books, the fine line between fiction and history, and her uncompromising commitment to human rights, animal rights, and feminism.

Olga Tokarczuk (Poland) was awarded the 2018 Nobel Prize in Literature and the 2018 Booker International Prize. She is one of the most prolific and respected contemporary writers of her generation. In her books, she often addresses the connection between body and mind as well as issues related to human rights, animal rights, and ecology.

And being from Poland Olga Tokarczuk should know something about Russian territorial aggression. For centuries, Poland was denied its independence and what today people call self-determination by European powers like Russia and Prussia. Then in 1939, when Germany invaded the country sparking the start of World War II Poland was also invaded by the Soviet Union from the east.

By the end of the war the Russians swallowed up much of what had been Polish territory six years earlier. This was followed by 46 years of domination at the hands of the Soviet Union. And in recent years Poland has been subject to what can be described as diplomatic bullying by Vladimir Putin’s government as it tried to cow the Polish into splitting from the west.

This, in part, explains Olga Tokarczuk’s comment, “The Poles share the Ukrainian feeling of danger that Russia presents to the free world.”

“Nobody could imagine that this war would be so cruel so anachronistic and this war brings to mind the horrible images of World War Two,” she added.