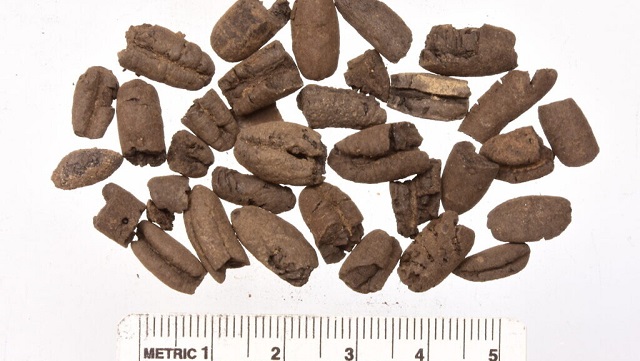 Archeologists from the University of Haifa learned a great deal about the ancient Nabateans from studying their garbage. Yes – ancient garbage can be used to research the ways in which people once lived.

There is nothing new about this. Ancient refuse has been used to teach us about what kinds of food people in a certain location once subsisted on, what sorts of tools they used and what clothing they wore. And new advancements in technology make it easier for archeologists to examine ancient trash and determine what is in it.

The archeologists uncovered fish from the Red Sea, oysters from the Mediterranean and Nile and prestigious bowls from Petra, the capital of the Nabataeans, located in southern Jordan just north of the Red Sea. The new archaeological study from the University of Haifa sheds light on the caravans of traders that traveled back and forth along the ancient “Spice Road”, which crossed the Arabian desert, through the Negev on its way to Mediterranean ports.

The Nabateans had settlements that stretched as far as the Arava in southern Israel. But their main center, in southern Jordan, was able to flourish because the area was outside of Roman rule. The Roman’s set the eastern most boundary of their empire along the Jordan River up to Syria. The areas east were deserts and so, along with the Arabian Peninsula and the Sinai tribes of peoples could live and flourish without Roman interference.

It was the traders who brought items back into the Roman Empire who needed to deal with paying taxes on their goods. This provided a descent source of income to the local tax collectors and so the Romans were more than happy to see the trade with the Nabateans continue.

The ancient spice route, which flourished between the third century BCE and the third century CE, was famous mainly for the spices and spices transported through it from Southeast Asia, through the Arabian deserts to the Mediterranean ports. A main artery of the road passed through our area, from Petra, through the Ramon Crater and the Negev Mountains to the Gaza port.

Historical evidence documents the demand for luxury products brought from the East and included cinnamon, black pepper, vanilla, cumin, turmeric and ginger. In recent years, remains of these materials have been discovered at archeological sites, including sites in Israel. Chemical analysis of jars at Tel Dor revealed remnants of cinnamon. Similarly, in Jerusalem, jars with remnants of vanilla and remnants of turmeric were discovered in the teeth of a man buried in Megiddo. Most of the archaeological research conducted so far has focused mainly on the consumption centers at the end of the road, to which the goods were transported.

Prof. Bar-Oz from the School of Archaeology and Marine Cultures at the University of Haifa heads the research group digging in the ancient garbage that has accumulated at various stops along the way.

“When looking at the composition of trade, three main trends can be identified: intercontinental trade with a central axis to Southeast Asia, international trade that connected marine sources and especially between the Red Sea and the Mediterranean, and local trade, which formed the ‘economic belt’ of the road and supplied the raw materials. And the food for pedestrians on the way,” explained Prof. Bar-Oz.