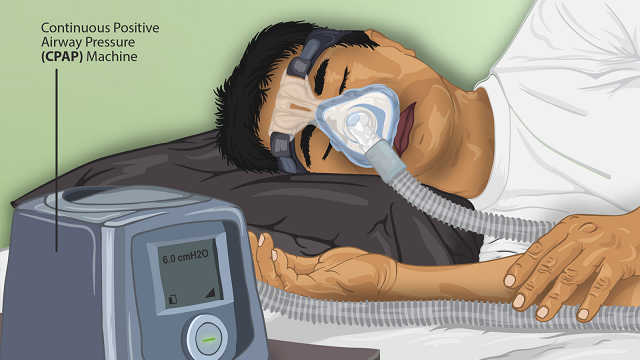 A new study from Tel Aviv University found that women aged 55 and over who snore are at increased risk for sleep apnea, which is bad for their health and can even be fatal.

Sleep apnea is not just about snoring. Snoring, in general, is perceived as something that is only a problem for other people. The snorer himself does not hear all the noise that he is making, so only the other people in the room trying to sleep are bothered by it. And no one wants to sit next to a heavy snorer on a long plane ride.

But snoring is not just the noise that the snorer makes. It is also a symptom of sleep apnea which is a serious medical condition.

Sufferers can feel fatigued at all times no matter how many hours a night of sleep that they get. This is because the brain wakes up many times throughout the night because of the breathing problems; even though, the person does not fully wake up. This can also lead to heart issues.

And this is why some people need to use an obtrusive and silly looking device known as a continuous positive airway pressure (CPAP) device. His pumps air into the noise at a high pressure whenever the device senses that the person is not breathing in properly.

The TAU researchers warn that, in most cases, because the phenomenon occurs during sleep, women who suffer from sleep-disordered breathing are not even aware that they are suffering from the problem and that they are at increased risk for sleep apnea.

The study was conducted by Dr. Alona Emodi-Perlman, Prof. Ilana Eli, Dr. Jawan Sleiman and Dr. Pessia Friedman-Rubin from the Department of Oral Rehabilitation at the Maurice and Gabriela Goldschleger School of Dental Medicine at Tel Aviv University. The study was published in the prestigious Journal of Clinical Medicine.

In the study, which included hundreds of women, the researchers examined two groups of Israeli women: relatively young women, aged 20 – 40 (i.e. pre-menopause), and women aged 55 and over, post-menopause. They found that about 15% of the older women are at significant risk for sleep apnea, compared to only about 3.5% of the young women. In addition, they found that 11% of the women who snore (one in 10 women) are at increased risk for sleep apnea, compared with only 1% among the women who do not snore.

According to Prof.Eli, the difficulty in diagnosing it is mainly due to the lack of awareness and under-reporting: women suffering from the problem are unaware of it because it occurs during sleep. They are likely to report fatigue, headaches, masticatory muscle soreness upon awaking or sleep problems like insomnia to their doctors, and it is important that the attending physician makes the connection, asks the right questions and even seeks further diagnosis in case of suspected sleep apnea.

Prof. Eli: “The lack of early diagnosis is particularly noticeable in one of the target demographic groups: women over the age of 50, who suffer from an increase in the incidence of sleep-disordered breathing due to hormonal changes that occur during menopause. We wanted to examine and characterize the phenomenon in this group in order to raise a red flag when necessary.”

In addition, the researchers found a high correlation between the risk of sleep apnea and the tendency to snore – which was also more characteristic of the women over the age of 50. According to findings, about 11% of the women who snore (one in 10 women) are liable to be at increased risk for sleep apnea. The researchers also note that grinding of teeth at night, high BMI, and a relatively large neck circumference are additional warning signs. In contrast, to their surprise, no significant differences were found between the two groups of women in terms of fatigue and drowsiness during the day – a significant phenomenon amongst men suffering from sleep apnea.