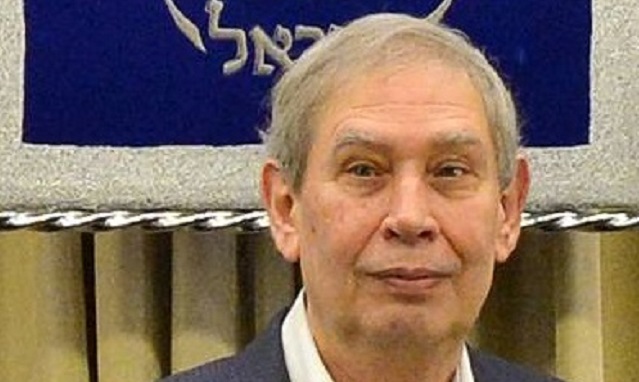 NanoLock Security, an Israeli cyber security firm offering flash-to-cloud protection for IoT and connected edge devices, has brought in former Mossad Director Tamir Pardo as a member of its Advisory Board. In his new role, Tamir Pardo will advise company CEO Eran Fine and the company’s senior management on technological and commercial issues.

It makes sense that a company that deals with security and protecting secrets and confidential matters from hackers and so forth would want to have a spy chief as an advisor. It’s the spies who know best how to steal secret information and so they also know best how to protect the very same information. And NanoLock knows that anyone who served in such a high position in Israel as Tamir Pardo has done is not only a confident and capable person but also brings with him a wealth of important connections.

Tamir Pardo was the 11th Mossad Director, serving from 2011–2016. He has a B.A. in political science from Tel Aviv University. In 1971, Pardo was drafted into the IDF and served as a communications officer in Sayeret Matkal (special forces unit) and took part in Israel’s famed Entebbe operation in 1976, rescuing hostages taken on an Air France jet to Uganda.

During his term, the Mossad’s operational, technological, intelligence, and logistic capabilities were improved; intelligence and operational cooperation with foreign countries was expanded, including with countries that do not have diplomatic relations with Israel; and interfaces with Israel’s other security bodies — ISA, IDF, etc. — were upgraded.

The company declares that with NanoLock protection, all modification attempts to alter code and data must be authenticated and authorized, before becoming operational, including those originating from inside the organization’s network or utilizing access privileges.

Last July, NanoLock brought in $11 million in a Series B round of investment

“The future of warfare is cyber, and it’s already here,” said Eran Fine, CEO and Co-founder of NanoLock. “With his decades of intelligence and cybersecurity experience, Mr. Pardo will add immense value to our advisory board as we prepare our customers for the worsening cyber chaos.”