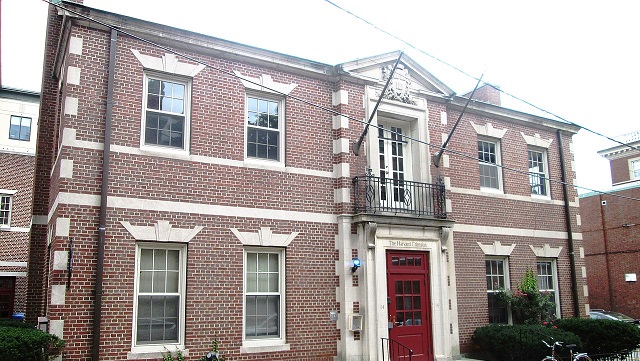 The Harvard Crimson, the student newspaper of Harvard University, recently endorsed the Boycott Divestment and Sanctions (BDS) movement against Israel. Now, a number of the school’s leading faculty members have come out and condemned the Harvard Crimson’s move.

The faculty members are led by the former Harvard President Lawrence Summers who also served as United States Secretary of the Treasury under President Clinton and have released a public statement decrying the Crimson. Other members of the faculty who signed the statement include Steven Pinkner, Ruth Wisse, Jesse Fried, Gabriella Blum, Alan Dershowitz, and dozens more.

Published on April 29m the original editorial by the Harvard Crimson in support of the BDS said that the Harvard College Palestine Solidarity Committee (PSC) had been fighting for “rightful justice” and referred to what it called Israel’s “crimes against humanity” in the Middle East.

“We first and foremost wish to extend our sincere support to those who have been and continue to be subject to violence in occupied Palestine, as well as to any and all civilians affected by the region’s bellicosity,” declared the Harvard Crimson. “We are not sure how these words will reach you, or whether they’ll do so at all. But our stance isn’t rooted in proximity or convenience, but rather in foundational principles we must uphold — even if (or perhaps especially when) it proves difficult.”

The Harvard Crimson’s editorial board went on to declare its broad and proud support of PSC’s mission and activism. It went on to call Israel “America’s favorite first amendment blindspot.”

In response to the Harvard Crimson editorial, the faculty members stated that they are united in their opposition to BDS and The Crimson stance. They also expressed concern over the Jewish students at Harvard who support Israel.

“We are deeply concerned about the long-term impact of this recent staff editorial on the morale and well-being of Jewish and Zionist students at Harvard, some of whom have already reported that they have become alienated from the newspaper on account of the inhospitable culture that prevails there,” read the statement.

The signatories declared their full support for these students who they said may now be feeling marginalized and demoralized and expressed their steadfast commitment to Harvard’s ties with Israel, which they described as a “country that is home to some of the world’s best universities. Our research and teaching missions benefit from these educational exchanges, and we encourage Harvard to grow them further.”

While defending the right of the BDS to exist and for people to support it, including editors at the Harvard Crimson, the Harvard faculty members went on to state that the people at Harvard have a responsibility to recognize the “complexity of the Israeli-Palestinian conflict and to acknowledge the lived experiences, traumas, hopes and dreams of all peoples impacted by it.”

“The mission of our great university,” they added, “is to rigorously interrogate and debate complex problems. We are at our best when we consider and evaluate competing perspectives, focus on facts, acknowledge nuances, and avoid simplistic, monocausal explanations.”