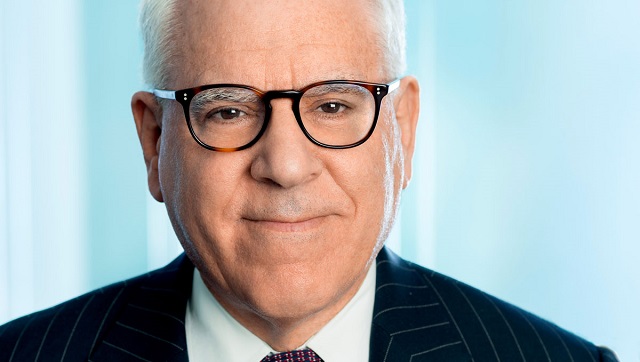 Billionaire businessman David Rubenstein is concerned for the American economy in the near future and sees problems ahead due to the various disruptions and sanctions that have come in the wake of Russia’s invasion of Ukraine. Rubenstein made the comments on the “Invest Like the Best” podcast and he should be listened to because he clearly has the ear of the President of the United States.

David M. Rubenstein is a Co-Founder and Co-Chairman of The Carlyle Group, one of the world’s largest and most successful private investment firms. Mr. Rubenstein co-founded the firm in 1987. Since then, Carlyle has grown into a firm managing $260 billion from 29 offices around the world.

The biggest problem for all western economies right now is the loss of Russian oil and natural gas. Whether it is boycotted as a way to punish Russia or cut off from the west by Russia as a form of extortion is not relevant. The fact is that a large source of oil and gas has been closed off to the world, thereby causing oil prices to skyrocket. And with high oil and gas prices, the cost of production, distribution and just about every aspect of the supply chain goes up and that means inflation.

“Russia-Ukraine is something that’s top of mind for me, because as the global economy was beginning to recover from COVID, we now find ourselves in a free-fall a bit, in terms of the global economy,” explained David Rubenstein. “We’re seeing a dramatic decline in obviously the Russian economy and the Ukrainian economy — but it’s spilling over into the European economy, and to some extent, the US economy. Until that issue is resolved, I don’t think we’re going to really know how the global economy is going to perform over the next year or so.”

David Rubenstein also said that in his estimation there are a lot of people who are going to be wondering whether or not America’s economy will soon be in need of yet another government stimulus of some sort. “It was growing back after COVID,” he said, “but now it’s going to be stalling a little bit because of Russia.”