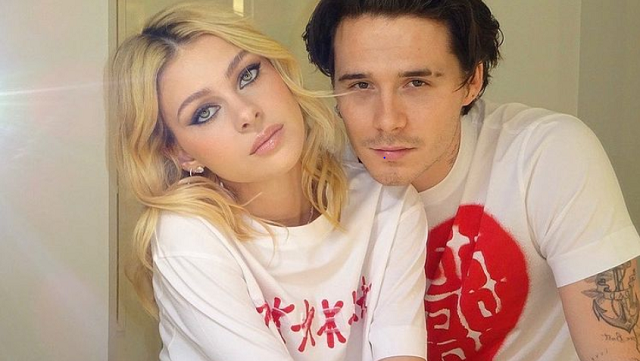 Nicola Peltz and Brooklyn Beckham are getting married and they plan on having the kind of super-sized wedding befitting people who were raised in the public eye and who think that the whole world cares about every aspect of their lives. While this may be true of so many of the younger generation these days in an era when anyone can get to be famous for nothing on social media, these two had a big head start in life.

Brooklyn Beckham and Nicola Peltz are seen by some to be examples of modern day royalty. One is the child of a successful athlete and a famed singer, the other is the child of a billionaire businessman. And each was born with the natural good looks that catapulted them to the instant fame that can be had nowadays.

The 23 year old Brooklyn Beckham is, of course, the son of soccer star David Beckham and former Spice Girl Victoria Adams. David’s maternal grandfather was Jewish and Brooklyn has been with Nicola Peltz since 2019.

Nicola Peltz is best known for her performances in movies such as “Transformers: Age of Extinction” and “The Last Airbender.” The 27 year old sex symbol is the daughter of Jewish billionaire businessman Nelson Peltz. Nicola was born and raised in Westchester, New York.

The two have been engaged since July 2020 and will hold their wedding Nelson Peltz’s Florida home in Palm Beach called Montsorrel, which is valued at more than $100 million.
–

The couple, as such celebs like to do, gave an interview with England’s The Daily Mail ahead of the nuptials in which they spoke about their pre-wedding day jitters.

On the first dance as a married couple, Brooklyn Beckham told Nicola Peltz, “I’m great at dancing, I’m not worried about that.”

But Nicola Peltz confessed, ‘I’m terrified about the first dance, I can’t dance.”

On jealousy, Brooklyn Becker said, “It is what it is, you get jealous, it means that you love her,” about his fiancé Nicola Peltz.