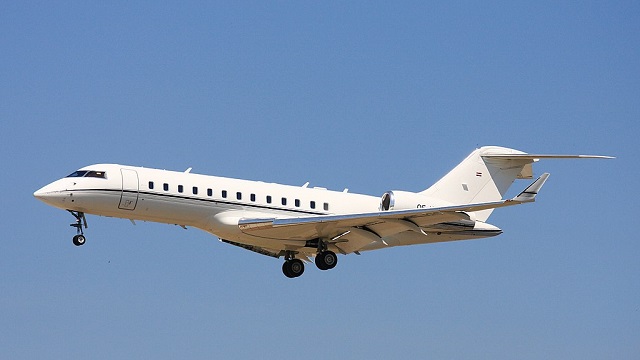 Eugene Shvidler, a Russian Jewish oligarch who also happens to be a US citizen and a close associate of Roman Abramovich, is now also suffering from personal economic sanctions being leveled by multiple nations against associates of Russian President Vladimir Putin. The British government has confiscated two private jets owned by Shvidler as part of a continuing campaign to punish Putin for the invasion by going after his billionaire supporters.

According to the British press, the two jets owned by Eugene Shvidler are a $45m Bombardier Global 6500 jet, which has been impounded at Farnborough airport and a is a $13m Cessna Citation Latitude jet at Biggin Hill.

The 58 year old Eugene Shvidler was born in Russia into the prominent Jewish family of Soviet geologist Mark Iosifovich Shvidler. Shvidler studied mathematics at the Gubkin Institute of Petrochemicals and Natural Gas and earned an MBA from Fordham University in New York.

Early in his career, Eugene Shvidler he worked for Deloitte & Touche in New York and became a U.S. citizen. But he eventually returned to Russia and partnered with fellow Jewish Russin oligarch Roman Abramovich on the oil trading company Runicom S.A. In 1995, the two oligarchs managed to gain control of oil giant Sibneft in an auction which some observers at the time said may have been rigged.

As the senior Vice President and company president from 1998 until October 2005, Eugene Shvidler made Sibneft Russia’s fastest growing and most profitable energy company. It was eventually acquired by the Russian state energy company Gazprom.

Eugene Shvidler is currently the chairman of Millhouse LLC, the investment and asset Management Company he shares together with Roman said of his decision to Abramovich and their partners.

“Since Putin began his illegal assault, I’ve held jets belonging to Eugene Shvidler under investigation for three weeks. Now, I am using my powers to detain them indefinitely,” tweeted Grant Shapps, Secretary of State for Transport of the United Kingdom said of his decision to confiscate the planes.

“Putin’s friends who made millions out of his regime will not enjoy luxuries whilst innocent people die.”