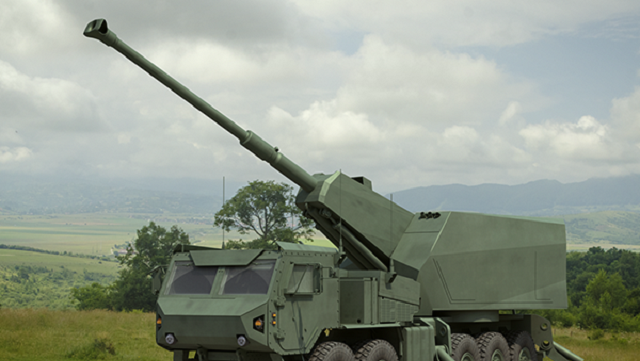 Elbit Systems Ltd., an Israeli defense contractor which develops all manner of weapons systems from defensive missiles to night vision tech, announced Sunday that it was awarded contracts with an aggregate value of approximately $130 million to deliver an artillery munitions production line in a country in Asia-Pacific. The name of the country was not disclosed and the contracts will be performed over a period of 2.5 years.

It is not unusual for Elbit Systems not to reveal the specific nation which has made an order for its services. Some nations prefer not to reveal that they have made such acquisitions, and some do not even have formal diplomatic relations with Israel, and so they do not wish to admit that they buy weapons and weapons systems from an Israeli manufacturer.

Under the contracts, Elbit Systems will build a turnkey industrial complex for enhanced manufacturing of artillery munitions.

Bezhalel (Butzi) Machlis, President and CEO of Elbit Systems, said, “This contracts award attests to the quality of our portfolio and to our proven capability to perform technology co-operations in partnering countries.”

The news comes just one week after Elbit Systems was awarded a contract in the amount of approximately $27 million by the Swedish Defense Material Administration, to provide the Swedish Armed Forces with M339 rounds, a 120mm ammunition, and Data Setting Units, for its Leopard Main Battle Tanks (MBTs). The contract will be performed over a period of ten months. ‘

Suitable for all NATO 120mm smooth bore gun MBTs, the M339 is a high-accuracy, multi-purpose 120mm tank ammunition that complies with the applicable standards of the U.S. Military and NATO. The Swedish Armed Forces selected the M339 to improve the firepower and the ability of the battle tanks to engage different types of targets.