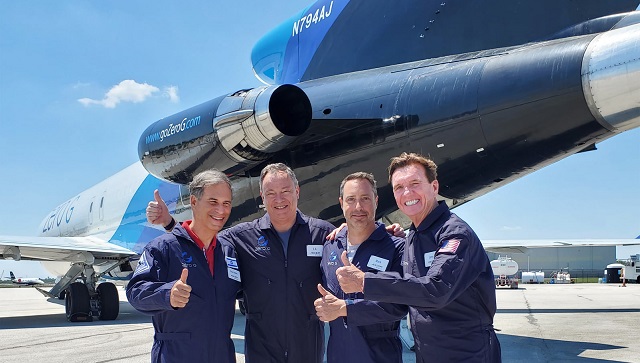 Eytan Stibbe, an Israeli businessman, made headlines recently for having paid $55 million for the chance to go into space as a passenger on a flight being planned by Axiom Space. But now Calcalist is reporting that Stibbe is at the center of a financial controversy and that he is being sued by former business partner Avi Buzaglo-Yoresh.

Avi Buzaglo-Yoresh is the founder of Geomine, which developed a technology that can detect minefields through aerial images.

Eytan Stibbe is the founding director of Vital Capital Fund. He has been involved in investment in Africa for the past 26 years. Mr. Stibbe studied Mathematics & Computer Science at Bar Ilan University and completed his Master’s degree in Business Administration at the European University, Belgium.

While in Space, Eytan Stibbe plans to conduct scientific experiments of Israeli researchers and entrepreneurs coordinated by the Ramon Foundation and the Israel Space Agency at the Ministry of Science & Technology and to undertake educational activities from orbit to inspire Israeli children, youth, and educators.

But he may not make it into space after all. Eytan Stibbe could either be broke and unable to pay the fee, or two busy fending off lawsuits when the launch comes to be able to take part. Buzaglo-Yoresh is suing Stibbe, as well as his former partner Haim Taib, reports Calcalist, for hundreds of millions of dollars. The suit asserts that the plaintiff is entitled to an equal share of Stibbe’s funds from defense exports and projects in Africa when the two men were partners. The lawsuit was heard in a confidential arbitration hearing conducted by (ret.) judge Dan Arbel.

The new dispute comes in addition to one that Eytan Stibbe is already embroiled in with other former business partners of his, Roy Ben Yami and Ami Lustig. The three founded LR Group together and Yami and Lustig claim that Stibbe cheated them and kept what they believe should be their profits.