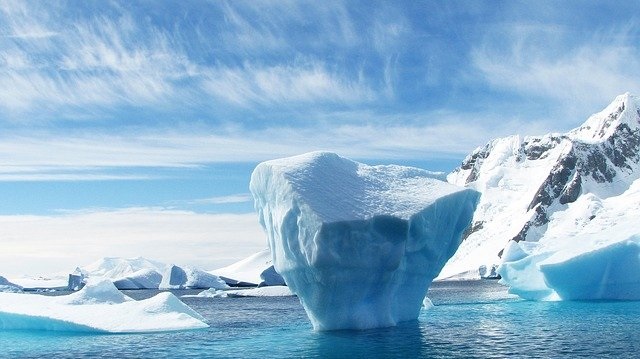 Climate change is very real and the world continues to suffer from its consequences. In another example of this, the North and South Poles are both experiencing much higher than average temperatures and the Arctic Ocean itself is getting warmer.

This is obviously not good for planet Earth. As a consequence, the oceans of the world are rising, and coastal areas are getting flooded. Some island nations, like Micronesia, are in danger of disappearing altogether. And yes – this is happening because of climate change. As the ice that is piled up on top of the Arctic and Antarctic Oceans, as well as all of the ice that is on land like in Canada and in Greenland melts, it floods into the world’s seas and oceans causing levels to rise. And the resulting change in average ocean temperatures causes crazy weather patterns around the world.

NPR reported that parts of Antarctica have seen average temperatures jump as much as more than 70 degrees (40 degrees Celsius) warmer than usual. At the same time, areas of the Arctic are seeing temperatures go up as much as 50 degrees (30 degrees Celsius) warmer than the average. And it is still technically winter in the northern hemisphere. And yes – this is happening because of climate change which has resulted from human activities.

The UN has released several reports on the matter over the last few years. The latest report released by the UN Intergovernmental Panel on Climate Change IPCC in early March reiterated that the problems are being caused by the activities of people and can only be reversed through new actions, and a complete change of attitude toward the climate by the entire human race.

The IPCC says that the world now faces unavoidable multiple climate hazards over the next two decades because of climate change. It anticipates a global warming of 1.5°C (2.7°F) in that period of time. Even temporarily exceeding this warming level will result in additional severe impacts, some of which will be irreversible.

As for the effect on sea ice that climate change is having, the National Snow and Ice Data Center (NSIDC) in Boulder, Colorado, reported earlier this month that the Arctic sea ice hit its seasonal peak, with below-average sea ice extent in the Barents Sea and the Sea of Okhotsk, but near-average ice extent elsewhere. Antarctic sea ice extent set a record low minimum for the satellite data era.

Having well above warm temperatures at both polar regions at the same time is unusual, to say the least. As NSIDC ice scientist Walt Meier told AP, “They are opposite seasons. You don’t see the north and the south (poles) both melting at the same time. It’s definitely an unusual occurrence.” And Meir also said of this, “It’s pretty stunning.” The remark itself is somewhat stunning to hear from a scientist as scientists usually use generic terms and phrases such as “out of the ordinary” or “irregular” that do not evoke any emotions.

The evidence is clear: climate change is real and is harming the world’s ecology. Soon its effects may very well be irreversible. Fortunately, Israeli Startup Nation is taking the lead in the development of all manner of new green tech. For example, SolarEdge is an Israeli producer of alternative energy resources. The company says that it addresses a broad range of energy market segments through its diversified product offering. Let’s hope that this is not a matter of too little too late.