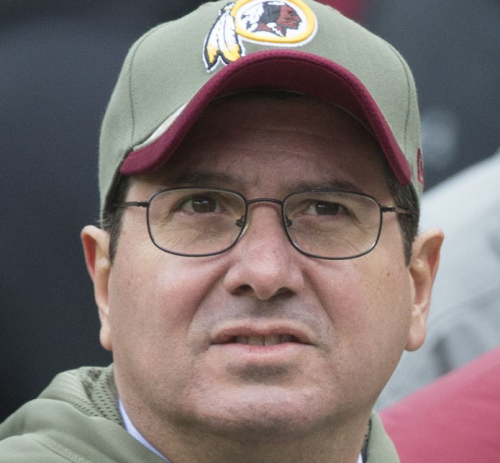 The Washington Commanders, the NFL team owned by Daniel Snyder, has lost Anheuser-Busch as a team sponsor. This is a big loss for the Commanders, but the beverage company best known for its Budweiser beer will continue to be a sponsor of the NFL.

Anheuser-Busch was one of a number of companies that threatened to cut ties with Washington when the team was still called the Redskins. That name was considered offensive and racist and after many years of complaints, Daniel Snyder agreed to drop it from the team. But they had some trouble coming up with a new name for the franchise and so the team went for two seasons being officially called just the Washington football team. But starting this year the team adopted the new name of Washington Commanders.

“Anheuser-Busch has decided not to renew its sponsorship of the Washington Commanders team at this time,” the company said in a statement. “We remain fully committed to Washington football fans, and we look forward to continuing our long-term partnership with the NFL and our other 26 team partners to create meaningful experiences and connections for fans across the country.”

Daniel Snyder obviously understands the importance of such corporate sponsorships for any professional sports franchise, especially one as big as Anheuser-Busch. Sports arenas all over America are now named for the big corporations that pay top dollar for the naming rights. So long gone are the days when stadiums were named for people, or had generic names like “Forum” or “Coliseum.” And a food and beverage company is all the more important to a team like the Commanders because it not only pays millions a year for the official sponsorship, but it also provides the beverages and all of the machines, refrigerators, cups and so forth free of charge to the team. So when you buy a soda or a beer at the park, no matter how much they charge for it, almost 100% of the price (after taxes) goes to the team.

So, now the speculation begins as to why Anheuser-Busch made the move; even though, the team changed its name from Redskins. The most popular theory has to do with the continued allegations of sexual misconduct being brought against the team’s owner Daniel Snyder. There is even a Congressional investigation into the possibility that Snyder may have engaged in a cover-up of the charges.