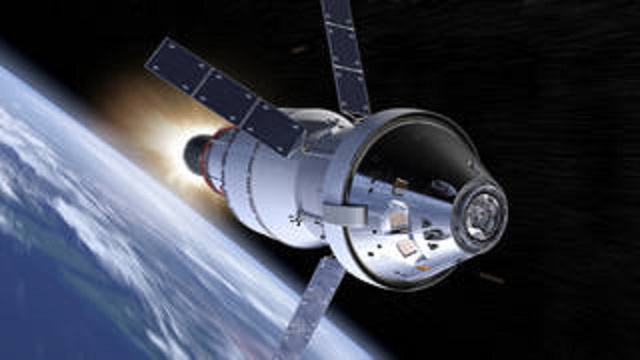 NASA will provide the first good look at its new Orion spacecraft on Thursday. Roll out of the integrated Space Launch System rocket and Orion spacecraft to Launch Pad 39B at NASA’s Kennedy Space Center in Florida is slated for Thursday, March 17.

The American taxpayers will certainly want to get their money’s worth out of the project. NASA has spent $4.1 billion on it to date.

The Orion spacecraft will venture thousands of miles beyond the moon during Artemis I. its first mission atop NASA’s Space Launch System rocket.

With Artemis missions, NASA will land the first woman and first person of color on the Moon, using innovative technologies to explore more of the lunar surface than ever before. It will collaborate with commercial and international partners and establish the first long-term presence on the Moon. Then, we will use what we learn on and around the Moon to take the next giant leap: sending the first astronauts to Mars.

Artemis I, formerly Exploration Mission-1, will be the first integrated test of NASA’s deep space exploration systems: the Orion spacecraft, Space Launch System (SLS) rocket and the ground systems at Kennedy Space Center in Cape Canaveral, Florida. The first in a series of increasingly complex missions, Artemis I will be an uncrewed flight test that will provide a foundation for human deep space exploration, and demonstrate our commitment and capability to extend human existence to the Moon and beyond.

During this flight, the spacecraft will launch on the most powerful rocket in the world and fly farther than any spacecraft built for humans has ever flown. It will travel 280,000 miles from Earth, thousands of miles beyond the Moon over the course of about a four to six-week mission. Orion will stay in space longer than any ship for astronauts has done without docking to a space station and return home faster and hotter than ever before.

“This is a mission that truly will do what hasn’t been done and learn what isn’t known,” said Mike Sarafin, Artemis I mission manager at NASA Headquarters in Washington. “It will blaze a trail that people will follow on the next Orion flight, pushing the edges of the envelope to prepare for that mission.”