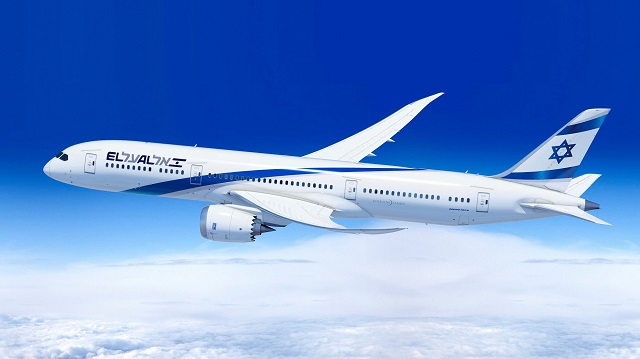 Update: Since this story was first posted Ukrainian Foreign Minister Dmytro Kuleba acknowledged  on Twitter that El Al had in fact suspended use of the Russian payment system and merely the “button” for using it was left on its website. However, he has not apologized for his comments.

Ukrainian officials have been singling out Israel for some reason for criticism, saying that Israel is not doing enough to help their country. Recently the Ukrainian ambassador to Israel accused the country of denying admission to Ukrainian refugees seaking safe haven This met with a stern rebuke from Israel’s Interior Minister who responded by pointing out the large numbers of non-Jewish Ukrainians who have been allowed entry into Israel as refugees.

The Ukrainian foreign minister declared on Twitter: “While the world sanctions Russia for its barbaric atrocities in Ukraine, some prefer to make money soaked in Ukrainian blood. Here is @EL_AL_ISRAEL accepting payments in Russian banking system ‘Mir’ designed to evade sanctions. Immoral and a blow to Ukrainian-Israeli relations.”

The post came with a screen shot that purports to prove that El Al is in fact doing so.

In response to the accusation, the airline stated, “El Al blocked the use of Mir as of February 28, 2022. We are sorry that a simple check was not made with us before the misleading tweet, as the facts are entirely different.”

“El Al operates in full coordination with the Israeli government. Throughout the crisis, El Al rescued thousands of Jewish and foreign Israelis from Kyiv and was one of the last companies to operate flights to Ukraine,” added the airline. “With the closure of the airspace, El Al flew hundreds of tons of humanitarian and medical equipment to Ukraine, rescued orphans and refugees and took care to bring them back to Israel. El Al operates flights to Russia at the request of the Israeli government and we will continue to rescue Israelis and Jews from Russia, as long as it is possible.”

Both the United States and the European Union have banned all flights by Russian airlines from their air space and have ordered their own airlines to stay out of Russian air space. This is in spite of all of the added costs incurred by an airline needing to fly around Russian air space, especially with the price of oil skyrocketing due to the crisis causing the price of jet fuel to go up as well.