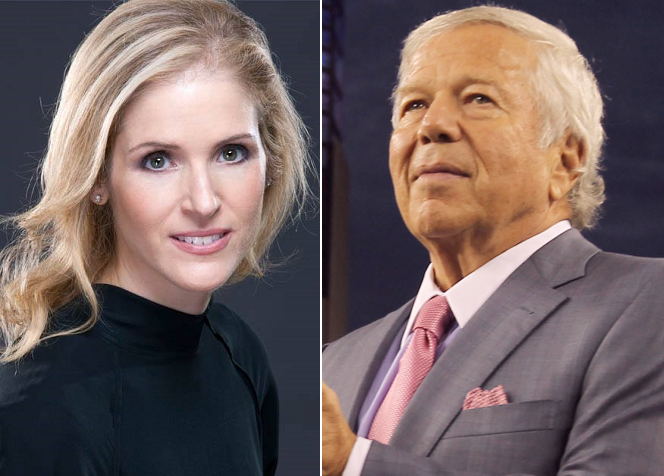 News of Robert Kraft’s engagement came over the weekend at the amfAR (foundation for aids research) Gala Palm Beach 2022. It was none other than fashion mogul Tommy Hilfiger who was said to have revealed the news publicly while speaking to the crowd on stage. Page Six reported that a source said that Dana Blumberg was wearing a diamond ring with at least “10-carats or more.”

So who is the new future Mrs. Robert Kraft. The couple has reportedly been dating since 2019 and made it official when they attended the French Open that year together. She is an Associate Professor of Ophthalmology at New York-Presbyterian Hospital-Columbia. Dr. Dana Blumberg’s biography says that her clinical interests include medical, laser, and surgical management of primary open-angle glaucoma, angle-closure glaucoma, pigmentary glaucoma, and pseudoexfoliation glaucoma, as well as secondary glaucomas such as neovascular and inflammatory.

Robert Kraft was married once before to Myra. The couple was married for 48 years, until Myra died in 2011 at the age of 68 from ovarian cancer. Kraft has four children from his first marriage. The couple has not revealed any details yet about their future marriage plans.

It was not that long ago that Robert Kraft was in danger of losing the Patriots because of a prostitution arrest in Florida. Kraft was caught in a sting operation conducted by local police at an Asian massage parlor there. If convicted, Kraft could have been forced by the NFL to sell his team.

Kraft was one of 77 people arrested as part of the police investigation. Asian massage parlors are known for using victims of human trafficking as sex slaves. Authorities installed hidden cameras inside of the spa in question. But even with a warrant, lawyers challenged the constitutionality of the videos.

Robert Kraft’s lawyers successfully argued that by placing the camera inside the location law enforcement had violated the defendants’ rights because anyone who went in would have been filmed. Since police could not have known if they were not also filming people who were only getting massages ten the covert videos should not be allowed as evidence, the lawyers said. And so the charges were dropped.