Prime Minister of Israel Naftali Bennett made a surprise visit to Russia on Sutoarday  and held a personal meeting with President Vladimir Putin amid the Ukraine Crisis.

The Prime Ministers’ visit comes in response to Germany, France, and Ukraine’s pleas for Israel to act as mediator. 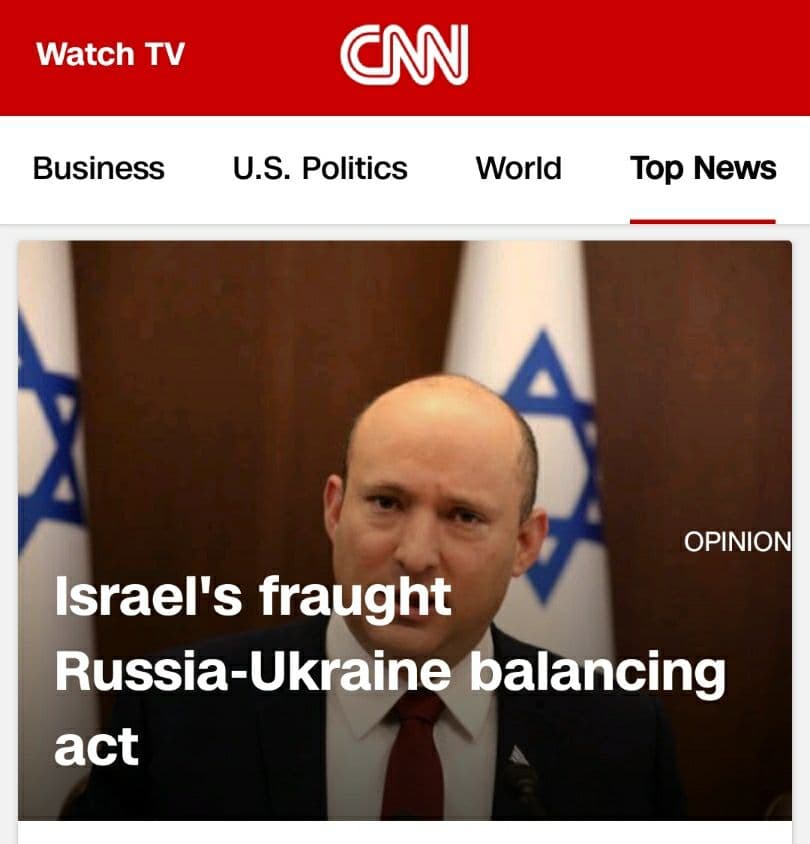 Last week Ukrainian President Volodymyr Zelensky complained that Israel is not doing enough to help his country. Officialy, the Ukrainian response so far has come in a Tweet from President Zelensky that read, “Prime Minister of Israel @naftalibennett called me after his meeting with Vladimir Putin. We continue dialogue.” 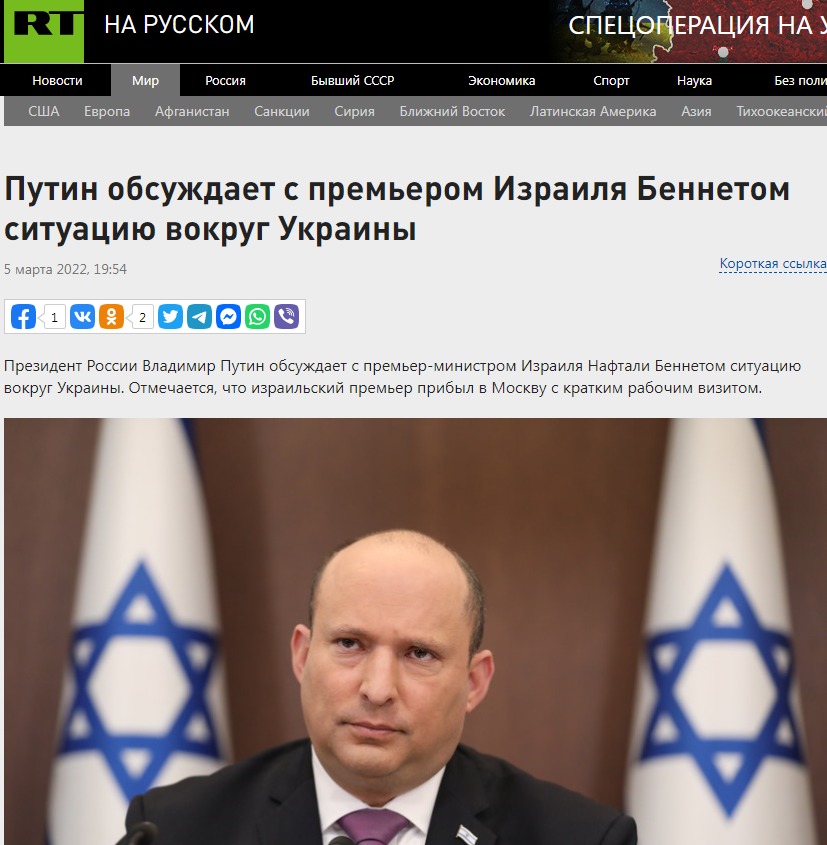 The Israeli news website Ynet news quoted the Ukrainian president’s spokesman as saying that he had not been informed as to what exactly was said at Naftali Bennett’s meeting with Vladimir Putin and so the Ukrainian President was not in a position to comment about the meeting.

The New York Times explained why this meeting was so important. “Israel is in a unique position to potentially barter a deal, or at least pass messages between Western allies, Russia and Ukraine, given its alliance with the United States, its quiet cooperation with Russia in Syria and its shared cultural ties to Ukraine,” wrote the paper. “Mr. Bennett and President Volodymyr Zelensky of Ukraine are the world’s only two Jews at the head of national governments.”

The Times also took note of how Naftali Bennett traveled on the Sabbath and how this could only have been done if he considered his trip as an effort to save human life.

The Arab newspaper Al Arabiya took special note of the fact that Israel’s Prime Minister travelled on Shabbat. The news outlet wrote wrote “Bennett, a religious Jew, took a flight in violation of Sabbath law because Judaism permits this when the aim is to preserve human life.” In doing so, the publication may have inadvertently acknowledged the gravity of the current situation for all sides.

The Russian RT network also took note of the fact that Naftali Bennett violated the Sabbath for his trip. “Bennett, a religious leader who previously called Russian President Putin a ‘true friend’ of the Jewish people.” It said, “traveled to Moscow and desecrated Shabbat for the meeting.” It should be noted that the network has been dropped by most television services in the U.S. and Europe as part of ongoing sanctions being levelled against Russia, so not many people outside of can see it. 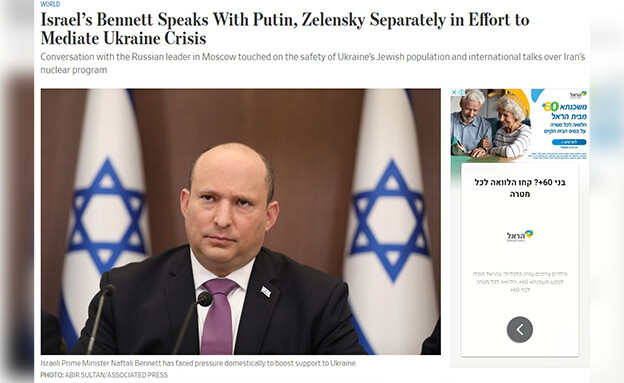 The Italian Republic went with the headline: “Israeli Prime Minister Naftali Bennett visited Moscow and had a long conversation with President Vladimir Putin in coordination with the Biden government and with the knowledge of Ukrainian leader.”

But just because Ukraine’s President was informed of the meeting does not mean that he had any knowledge of what was said. 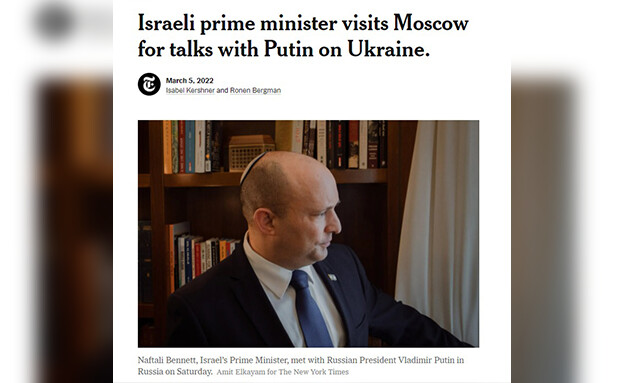 Israelis wait to hear from Naftali Bennett what was actually said. Bennett flew on his mission on Shabbat. Such traveling is forbidden on the Sabbath by Jewish law. Bennett, orthodox Sabbath observer himself, made the trip all the more surprising. 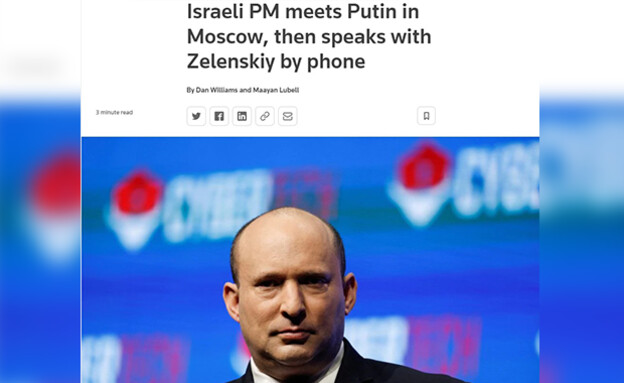