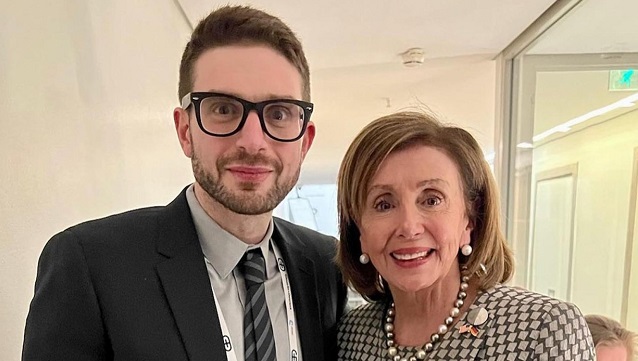 Alexander Soros is the 36 year old son of billionaire philanthropist George Soros. Today Alexander is making his mark on the stage of world diplomacy.

The holder of a PhD in history, in 2012 Alexander Soros established the Alexander Soros Foundation, which is dedicated to promoting social justice and human rights. Today he has taken an active stance denouncing the Russian invasion of Ukraine and has been posting his support for and sympathy with the Ukrainian people all over social media.

Alexander Soros said that he has spoken personally on the telephone with Ukraine President Volodymyr Zelenskyy and offered his sympathies to the Ukrainian people. He posted on Twitter Sunday night that he has inside information on a planned attack by Belarus on Ukraine. Alexander Soros said that Belarus will commit air and ground forces to Russia’s war on Ukraine, in the next 24 hours.

Last week he attended the Munich Security Conference which was held just a few days before Russia invaded Ukraine. The Munich Security Conference is the world’s leading forum for debating international security policy. It is a venue for diplomatic initiatives to address the world’s most pressing security concerns. While he was there Soros took full advantage of the opportunity to network with world leaders.

On his meeting with the Albanian Prime Minister, Alexander Soros posted on Facebook, “Thinking of my meeting with Edi Rama last week. Had a great understanding of the possible spill over effects of the Ukraine crisis into the Western Balkans. America and Europe should be thankful to have allies like Rama and Albania in such times.” Soros also posted a picture of the meeting on Instagram.

“Great to catch up with @repadamschiff while I was in Munich. The state of American democracy is vulnerable, even with Trump gone, but can you imagine how much worse it would be without all Adam Schiff has done?” said Alexander Soros on Instagram of his meeting with Democratic congressional leader Adam Schiff.

He also met Nancy Pelosi and said about it on Instagram, “What an honor to welcome @speakerpelosi to kick off our @opensocietyfoundations and European Council on Foreign Affairs official dinner at @munsecconf on Ukraine. Thank you, Speaker Pelosi for all you do for Democracy and human rights in the US and across the world.”