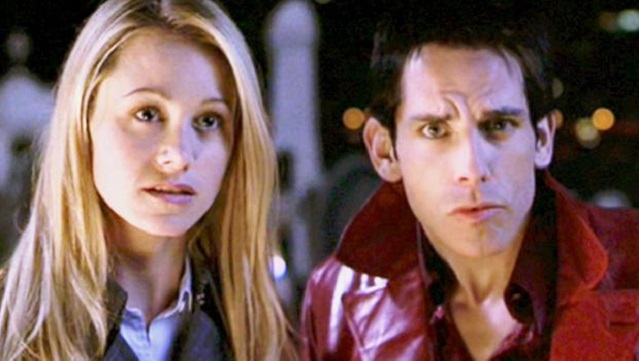 Actor Ben Stiller and estranged wife Christine Taylor are back together again after a five year split. The couple has been married since 2000.

Christine Taylor came to fame back in the 1990s when she played Marcia Brady in the Brady Bunch movies. She also appeared on hit shows like Friends. Ben Stiller currently has a new and somewhat bizarre TV show called Severance on Apple+.

Now 56, Ben Stiller had his brake out with the Emmy winning TV show “The Ben Stiller Show.” The show was cancelled after just one season, but that did not stop Stiller from branching out into movies, making some of the biggest hits over the years like Zoolander and Night at the Museums, both of which spawned sequels.

“With tremendous love and respect for each other, and the 18 years we spent together as a couple, we have made the decision to separate,” the couple said in a joint statement at the time of their separation. “Our priority will continue to be raising our children as devoted parents and the closest of friends.”

Hollywood/celebrity marriages almost never last, and most end quickly. So, most people are not surprised when they fail. But Ben Stiller and Christine Taylor were among the few celeb couples to make their marriage work for such a long time and Stiller explained in an interview with Esquire how they were able to reconcile their differences.
–

Here’s our NEW Official Trailer for #Severance. Excited to finally share this show!

Stiller said that it was about just accepting one another for who they are and no longer trying to change one another. “And I think accepting that, you can really appreciate someone more because you’re not trying to get them to change for you,” Ben Stiller told Esquire.

Ben Stiller also spoke about his daughter and how his separation from Christine affected her. “She’s pretty articulate about it, and sometimes its stuff that I don’t want to hear. It’s hard to hear,” he said. “Because it’s me not being there in the ways that I saw my parents not being there. And I had always thought, well I won’t do that. But then it’s that thing that, like, I was trying to navigate my own desire to fulfill the hopes and dreams I had, too. And that doesn’t feel great, but it’s important to acknowledge.”

“What I’ve learned is that your kids are not keeping score on your career,” he added. “It would be solipsistic to think that my kids actually care about that. They just want a parent who’s emotionally present and supportive of them. That’s probably what they want more than”—a deep, loud laugh—“for me to be going off and pushing the bounds of my creativity.”

Ben Stiller’s latest project can be seen on Epix, the television show Severance. The sci-fi show is about a man played by Adam Scott who works for a company where people must have a separate identity created for their work time that is severed from their real personalities. The person never remembers anything that happens at work and, of course, something nefarious seems to be going on. Ben Stiller produced the show and directed many of its episodes which also stars Oscar winner Patricia Arquette.