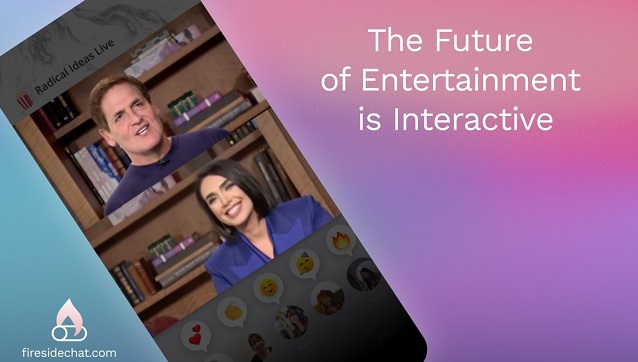 Mark Cuban’s Fireside podcast platform app is now looking to bring in $25 million in a Series A financing round. According to a report in TechCrunch, Fireside hopes to hit a $125 million valuation and plans to make a push into web3 and metaverse.

Yes he is best known for his NBA team the Dallas Mavericks and for his mercurial personality and loud public presence, but Mark Cuban is also in the startup business and has been investing in new companies like Fireside for years now. His stamp of approval can make a startup a hit.

Fireside, which launched last October, was founded by Mark Cuban together with Falon Fatemi. It describes itself as a socially responsible social platform whose goal is to make discussion, debate, and discourse in a public forum a thing of celebration and beauty. It’s described as a cross between Spotify’s Anchor software and Clubhouse.

Fireside boasts that it empowers established and emerging professional creators to own their relationships with their audience, have complete creative control over their shows and monetize their content in new ways. Fireside has been in private beta for the past several months and has already attracted hundreds of creators with an audience reach of over 100 million.
–

TOMORROW (Feb 22) at 6pmPT, @WhatsUpWithPV and I are kicking off a project called “Make a Show With Me” on @FiresideChatApp. An 8-episode series, we’ll mine YOU, the audience, for ideas & inspiration on plot, setting and characters. Sign up & play along! https://t.co/wnVIMepxJL pic.twitter.com/CKysoI1id7

“As someone who helped start the streaming industry, I’ve seen it evolve in many ways. The one element that has always been missing is tactile interactivity with audiences,” said Fireside Co-Founder Mark Cuban. “Fireside changes that. With Fireside, creators can now broadcast and achieve the same experience as they would standing on a stage in front of an audience. Our patented, tactile, interactivity not only provides the energy that previously only could be experienced in a live venue. But unlike any venue on the planet, we can provide analytics, letting the creator know how many people clapped, laughed and more. Content creators now have the tools and platform to finally digitally engage their audiences and invent new ways to entertain and inform them.”