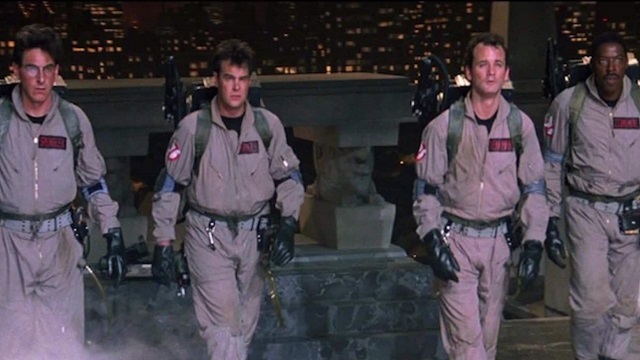 Ivan Reitman, the movie maker behind some of the most classic comedic films of all time, has passed away at the age of 75. Reitman’s family revealed that he died in his sleep at his home in Montecito, California, on Saturday.

“Kindergarten Cop,” “Junior,” “Twins,” “Dave,” the list of brilliant, as well as sweet, movies made by Ivan Reitman is so long. His breakout movie was “Stripes” with Bill Murray and Harold Ramis which came out in 1981. Everyone remembers how the film transformed Bill Murray into a movie star, a buck the system heroic rebel icon and a national treasure all at once.

But Ivan Reitman is probably best remembered for directing the biggest hit movie of 1984, and possibly of all of the 1980s, “Ghostbusters.” The film again teamed Reitman with both Harold Ramis and Bill Murray. But this time Murray’s former Saturday Night Live cast mate Dan Akroyd also came along for the ride. If you don’t know anything about that movie, well…

BREAKING: Ivan Reitman, the influential filmmaker and producer behind beloved comedies from “Animal House” to “Ghostbusters,” has died at 75, his family said. https://t.co/cRyzdKSrZH

“Our family is grieving the unexpected loss of a husband, father, and grandfather who taught us to always seek the magic in life,” said Ivan Reitman’s children, director Jason Reitman, Catherine Reitman and Caroline Reitman in a joint statement. “We take comfort that his work as a filmmaker brought laughter and happiness to countless others around the world. While we mourn privately, we hope those who knew him through his films will remember him always.”

The tributes to Ivan Reitman from fans and colleagues alike flooded out on Twitter.

Judd Apatow tweeted, “Opening night of Ghostbusters at UA Plainview was like a rock concert. The place exploded with joy. It was one of the most memorable moments of my childhood. Ivan Reitman influenced everything we all love about film comedy. A true legend.”

Ghostbusters star Ernie Hudson: “I am deeply saddened by the loss of Ivan’ Reitman. Truly a great man and filmmaker who I had honor and privilege of knowing and working with. Deepest condolences to Jason and the entire family. May he RIP.”

Al Roker: “Woke up to the sad news that director and producer, Ivan Reitman, passed away at 75. What a comedy genius, and a pleasure to meet him and interview him and the cast in 2014 for the 30th anniversary of @ghostbusters.”