In 2010, Africa’s average internet penetration rate was just 9.3 percent. Morocco, Seychelles, and Tunisia were notable outliers, with 52, 41, and 37% of the population, respectively, classified as internet users. Nonetheless, 35 nations had a percentage of less than 10%, with Niger, Ethiopia, the Democratic Republic of the Congo, Eritrea, and Sierra Leone all falling below the 1% line.

However, as Statista’s study of World Bank data demonstrates, the year 2020 (or the most recent year available) has already seen significant improvements in the rates of a large number of nations on the continent. Ethiopia experienced the greatest relative rise, increasing from 0.8 percent to 25.0 percent – a more than 3,200 percent increase. Similarly, remarkable progress was accomplished in other countries with extremely low rates in 2010, including Sierra Leone, Guinea, and the Democratic Republic of the Congo, to name a few.

While this progress is evident in the infographic below, it is also clear that there is still a great deal of untapped potential. While no country has a rate below 1% now, and just seven have a rate below 10%, the average rate remains at 31.7. South Asia’s overall rate is closest to the global average at 35.3 percent, although other global areas are much ahead (for the time being).

There Is a Demand

Mobile phone ownership is more prevalent in Sub-Saharan Africa than power ownership – The Economist reported in 2016 that while less than half of the population has access to electricity, two-fifths possess a mobile phone. In a Pew Research survey of six nations in Sub-Saharan Africa, a median of 41% utilized the internet on a casual basis or had access to an internet-capable smartphone — compared to 89 percent of Americans. 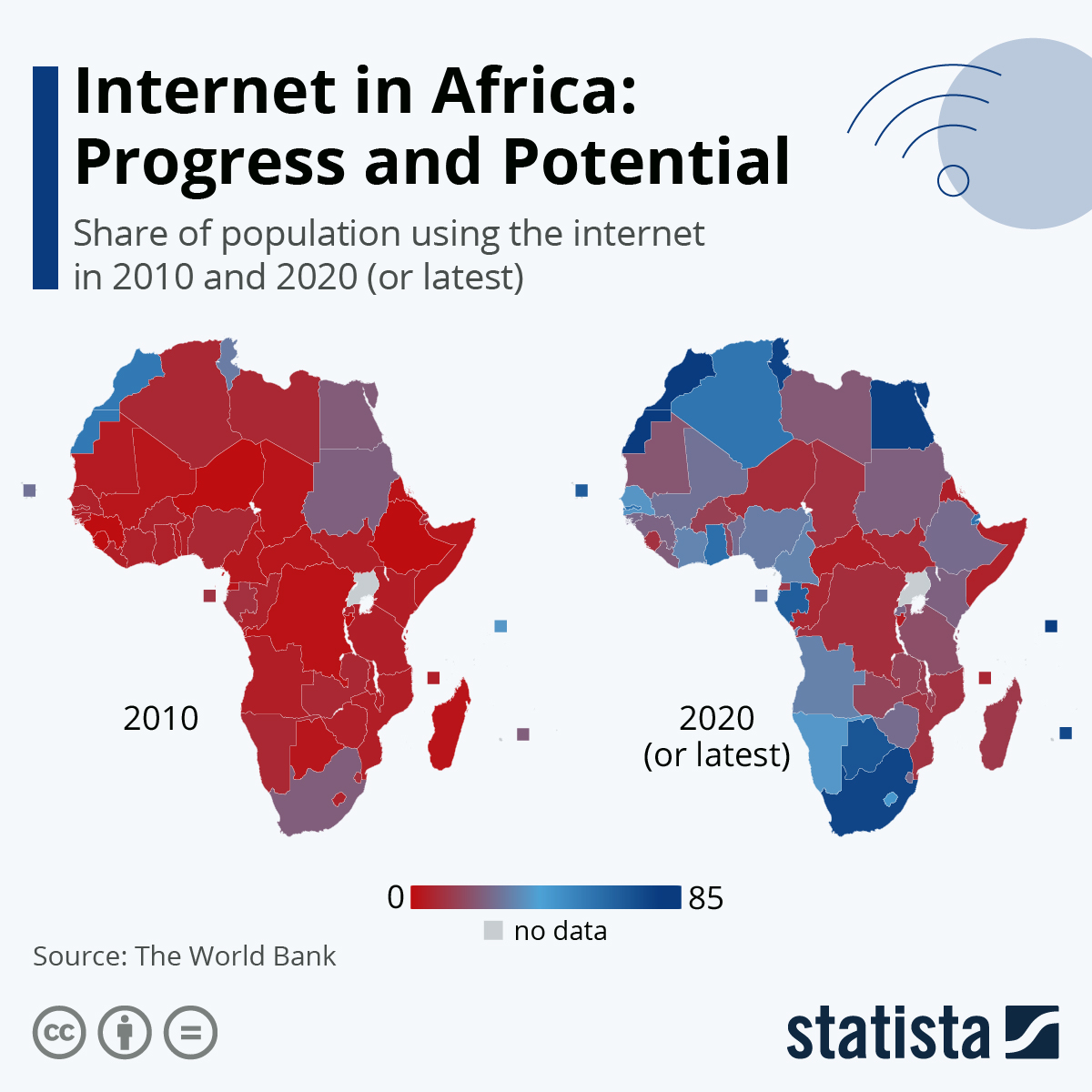