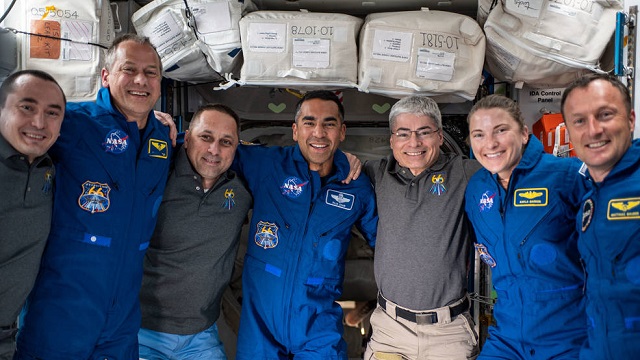 The International Space Station is expected to end up in a watery grave in the near future. It is expected to splash down somewhere in the Pacific Ocean and meet its death sometime in 2031.

NASA explains that the International Space Station, which was launched in 1998, is Earth’s only microgravity laboratory. This football field-sized platform hosts a plethora of science and technology experiments that are continuously being conducted by crew members or are automated. Research aboard the orbiting laboratory holds benefits for life back on Earth, as well as for future space exploration. The space station serves as a testbed for technologies and allows us to study the impacts of long-term spaceflight on humans, supporting NASA’s mission to push human presence farther into space.

Well, all good things must come to an end. And this even applies to the International Space station which has been suffering from many difficulties and the effects of age for some time now. It has also been hit a number of times by a variety of space debris. There are cracks in its façade as well.

There are also a number of political and diplomatic reasons to bring the project to an end. The world is still suffering from the negative economic effects caused by the worldwide Coronavirus pandemic. The pandemic as cost world economies a fortune and people prefer to see their governments on improving life on Earth rather than on the International Space Station up in orbit.
–

Take a look at some of the new @ISS_Research launching to the station on Feb. 19 aboard the @NorthropGrumman #Cygnus space freighter. More… https://t.co/H0mEUdIyxM pic.twitter.com/Du4hhendzx

And the world also seems to be constantly on the brink of a new conflict these days. Just look at Russia threatening to invade Ukraine. And the west is not getting along so well these days with China either. So since it is called the International Space Station and not the national one, cooperation is needed between America, China, Russia and the EU to keep it going.

And with space tech, 30 years is a really long time. So it would be better to simply build a new more modern station than to continue to repair and maintain this one.

They have already found a gravesite for the International Space Station – somewhere near New Zealand. The exact spot is about 3,000 miles south of the country and 2,000 miles north of Antarctica at a place called point Nemo. The area is actually known as a space graveyard.