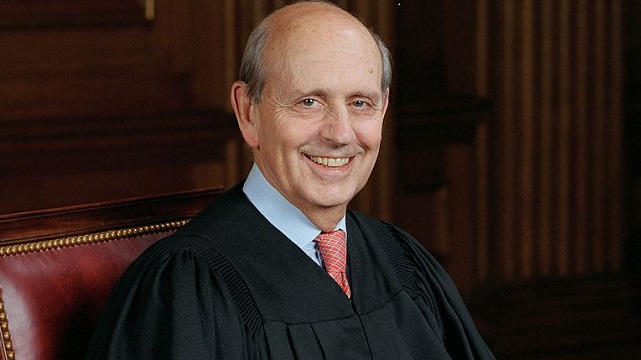 Justice Stephen Breyer, the senior liberal member of the U.S. Supreme Court, is planning to retire. He is expected to step down from the court at the end of its current term.

Stephen Breyer was appointed to the Court in 1994 by President Bill Clinton. He is second in overall tenure after Clarence Thomas, who joined the court in 1991.

There had been a growing call among Democrats and the liberal left in America for Justice Breyer to step aside while the Democrats still have a majority in the U.S. Senate. Stephen Breyer will turn 84 years of age this coming August and the democrats do not want a repeat of what happened with Ruther Bader Ginsburg in 2016.

Ginsburg was 87 when she died in September of 2020, just two months before the Presidential elections that year. There had been reports that President Obama practically begged her to retire while he was still in office so that republicans would not be able to fill her court seat if a republican were to succeed him as President, and this is exactly what happened.

Democrats were also burned when the then Senate Majority Leader Mitch McConnell in 2016 refused to allow President Obama’s nominee to fill the vacant Supreme Court seat left with the death of Justice Antonin Scalia. So, Democrats have now been pressuring Stephen Breyer to step aside while the party still has control of both the Senate and the White House.

At the age of 83, Stephen Breyer is currently the Supreme Court’s oldest member.

President Joe Biden declined to speculate about the retirement, or about any possible nominees to replace him, until Justice Stephen Breyer himself makes it official. “Let him make whatever statement he’s going to make and I’ll be happy to talk about it later,” said the President.

But the Democrats do have a problem. The Senate is currently divided in a 50 – 50 split. That means that the Vice-President breaks all ties. So, this is how the democrats maintain a majority in the body. But they really on two senators who are, to say the least, enigmatic in their political positions and have shown that they are willing to go against their party at any time, Kyrsten Sinema of Arizona and Joe Manchin of West Virginia.

It will be interesting to see what these two senators do, what, if anything, they will demand in return for their votes and what red lines they will draw over the politician of Justice Stephen Breyer’s successor. As recent years have shown, and from the actions of Mitch McConnell himself, the democrats will not be able to rely on any Republican votes to get a Supreme Court nominee confirmed.