China’s Ministry of Commerce reports that trade between China and Africa surged by 40.5 percent year on year in the first seven months of 2021, reaching a record USD 139.1 billion. The Ministry highlighted that African items are gaining traction in China’s market, with African imports increasing by 46.3 percent between January and July 2021.

Additionally, China’s imports of agricultural products from Africa, such as coffee, cotton, and rubber, more than doubled in the first seven months of 2020.

China was the primary import supplier for only a few African countries in 2000: Sudan, Gambia, Benin, and Djibouti. However, the Asian superpower is currently the leading supplier of goods to almost 30 countries on the continent.

Over the previous two decades, the China-Africa relationship has been vigorously promoted. According to Julia Faria, Statista’s research expert for Angola, Kenya, and Tanzania, “the value of Chinese exports to African countries increased from five billion to 110 billion dollars.”

Recent research by the Economist Corporate Network, BRI Beyond 2020, demonstrated how these expanding economic ties are partly a result of China’s financial incentives to African jurisdictions. According to the Economist analysis, 33 of Africa’s poorest countries ship 97 percent of their products to China duty-free. This report stated that bilateral trade remained mainly oriented around China’s imports of natural resources from Africa. China has, however, boosted its imports of manufacturing products from more diverse economies such as South Africa in recent years.

China’s engagement with Africa extends much beyond a mere trading partnership; for some years, China has been the largest foreign investor in Africa. Additionally, the country provided 25% of the continent’s infrastructure spending in 2018 – the second greatest percentage that year, trailing only national African governments’ financial pledges. 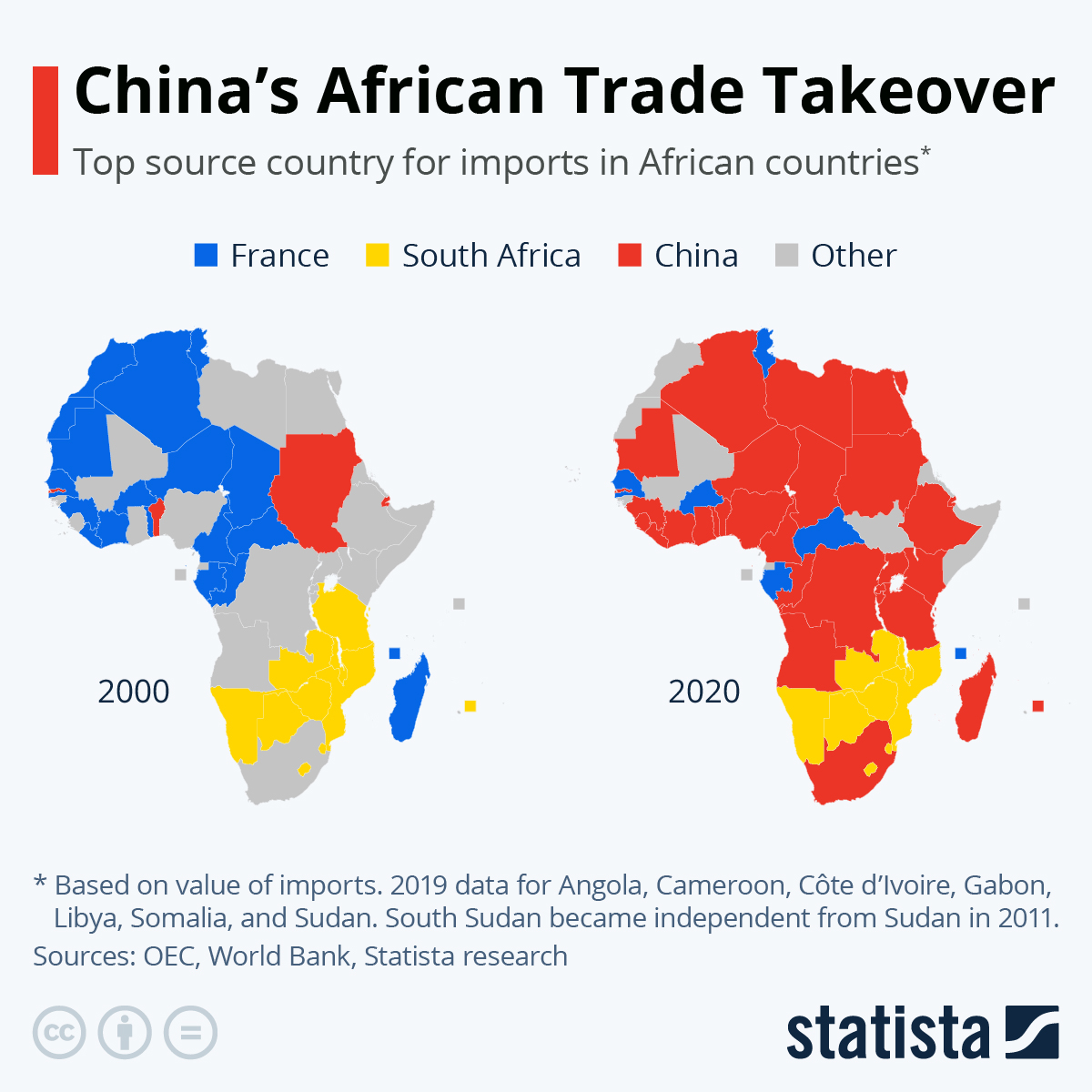