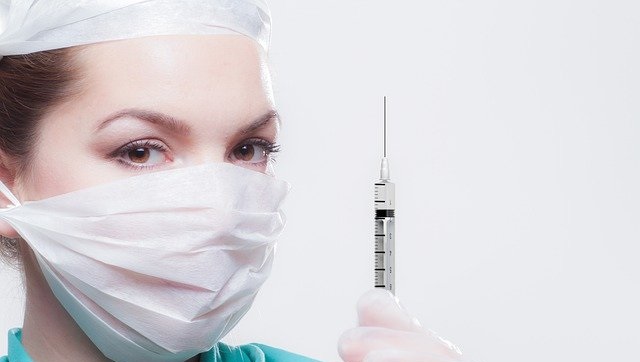 Anti Vaxxers have a champion in the son of the late icon Senator Robert F Kennedy. RFK junior has been a leader of the pack when it comes to making the false claim that vaccinations – any vaccinations – are bad for you and should not be used, and especially not the ones for Covid-19. And he is comparing himself and the others to Anne Frank.

NBC reporter Ben Collins. Revealed the video of Kennedy saying just that and also tweeted, “Please keep telling the Auschwitz Museum how you know better than them about the Holocaust.”
–

Del Bigtree once again invoking the Holocaust at the antivaxx rally in D.C., using it to threaten journalists and Dr. Fauci.

“Unlike the Nuremberg Trials that only tried those doctors that destroyed the lives of those human beings, we’re going to come after the press.” pic.twitter.com/sH3qZNuSoE

Kennedy is the chairman of Children’s Health Defense, an advocacy group he founded in 2016. The group alleges a large proportion of American children are suffering from conditions as diverse as autism, attention deficit hyperactivity disorder, food allergies, cancer, and autoimmune diseases due to exposure to certain chemicals and radiation.

So, what is an anti vaxxer anyway? Basically, these are people who for some inexplicable reason still cling to the long since debunked theory that vaccines given to children cause illnesses like Autism. Even the man behind this absurd claim has admitted to faking his research. And that was specifically over the vaccinations given to young children for diseases like Measles. Somehow these people have taken that to mean that any vaccination, even for the Coronavirus, is a cure worse than the disease.

And so what did RFK Jr. do now? Well, he addressed a demonstration of anti vaxxers at the Lincoln Memorial in Washington for the “Defeat the Mandate: An American Homecoming” event. These are the people who oppose any Covid vaccine mandates. These are the people who also spread misleading and dangerous false “alternative” facts that claim that the Coronavirus vaccinations are bad for your health and who have fallen for absurd claims about countless people having died due to the vaccination.

But now, the anti vaxxers are all comparing themselves to the millions of Jews who were murdered in the Holocaust because, of course, not wanting to be around people who might be carrying a horrible disease is the same things as racism and the murder of Jews.

RFK Jr. told the people at the rally, ““Even in Hitler’s Germany you could cross the Alps into Switzerland, you could hide in an attic like Anne Frank did.” This supposedly means that if you oppose the vaccinations then you are being persecuted for your beliefs. That anti-vaxxers are in the same position that the Jews of Nazi occupied Europe were in during World War II.