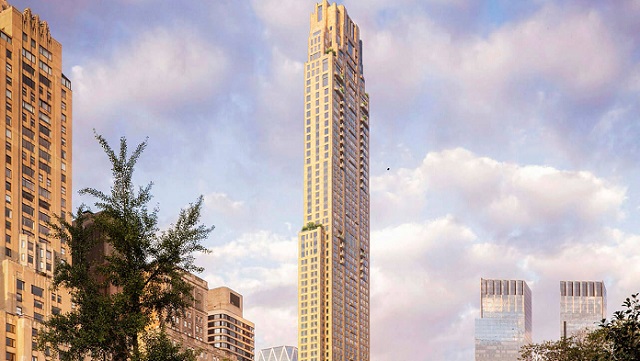 A Penthouse at 220 CPS (Central Park West) in Manhattan is no longer the how of billionaire Daniel Och. The Jewish hedge fund manager just sold it for $190 million.

Och made a fortune off of the deal. He bought the 220 CPS for just $93 million in 2019. That is the year that it was built by Vornado Realty Trust. Central Park West is actually one very long block of Manhattan’s 595h Street that runs along the southern border of Central Park, from Fifth Ave to Columbus Circle. The building is located in an area known as Billionaire’s Row.

The founder of Och-Ziff Capital Management, Och is worth an estimated $4.7 billion. He is said to have sold the penthouse at 220 CPS because he moved to Florida for its lower tax rates.

It is one of the very few buildings that, with generous height and precise location, afford their residents sweeping vistas of Central Park’s full expanse encompassing its South-to-North length of two and a half miles and over eight hundred acres. 220 CPS offers magnificent views of the park from every residence; a unique architectural composition featuring an intimate 18-story Villa and 79-story Tower both accessible from a secured off-street motor court with its arbor of mature trees; comprehensive lifestyle enhancements including private dining rooms and entertaining spaces, and an expansive athletic club and spa: all combine to create this new landmark in New York living.