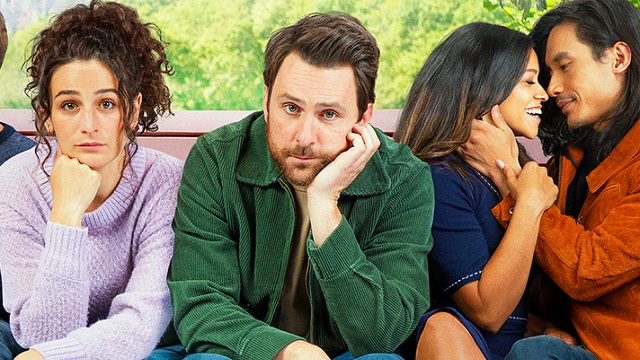 Jenny Slate I want You Back (promo pic)

Actress Jenny Slate married fiancé Ben Shattuck on New Year’s Eve. Slate is 39, is 10 years senior to her husband the 28-year-old author Shattuck. The celebrity couple has been together since 2019 and has a 1-year-old daughter named Ida Lupine.

Jenny Slate grew up in a Jewish family in Massachusetts.

The wedding, unfortunately, had to be downsized do to Covid. In an interview with the magazine Marie Claire Jenny Slate said, “We were planning on a [wedding] that ended up being almost 200 people, and then now, it’s just our parents and siblings. We each invited six friends… I actually like it. I like it better. I didn’t realize how the large thing was making me feel uncomfortable, a little bit. Just a little.”
–

Thank you @marieclaire for having me on your cover! Thanks @DanaSchwartzzz for the writing and garden stroll, and as always, to @KirinBhatty @Nikkiprovidence @mrmontyjackson for making look fancy!!!! It’s nice to be here ❤️ https://t.co/Xb8RJdtYvw

The comic actress also talked about how frustrating it was for her starting out as Hollywood did not seem to know how to best use her talents. “I felt like no one knew what the fuck to do with me,” Jenny Slate told Marie Claire. “Maybe I’m not pushing for anything, but I’m not super interested in jumping up my agents’ butts. It’s so boring! That’s so boring and humiliating.”
–

“I think, sure, there’s a way in which I could have probably had a really successful career doing maybe network sitcoms,” explained Jenny Slate, “and I didn’t want to do that because I have a very short attention span. I don’t like the idea of being under contract for a long time. I think even after being on SNL, and just returning to the same studio every day, I was like, ‘As an animal, I don’t like this.’”

So, what’s up next for Jenny Slate? You can see her this year in the upcoming movie “I Want You Back.” In it Slate co-stars with Charlie Day (It’s Always Sunny in Philadelphia) and Scott Eastwood (son of Clint). Jenny Slate and Charlie Day play newly dumped thirty-somethings Peter and Emma who team up to sabotage their exes’ new relationships and to win them back for good.