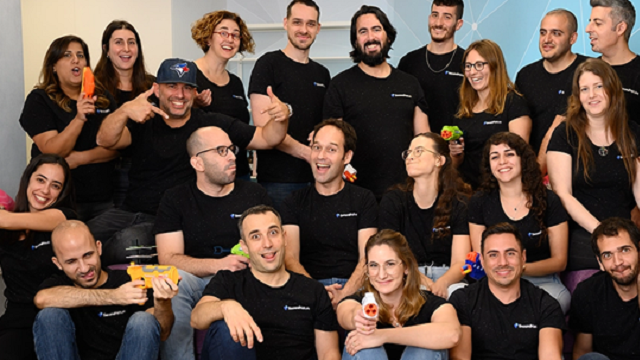 Second Nature, the Israeli artificial intelligence AI startup that offers sales coaching solutions, has announced the company’s launch. Second Nature held it’s coming out as the company raised $12.5 million in a Series A round of investment led by signals Venture Capital, StageOne Ventures, Cardumen Capital, and Zoom Video Communications, Inc. via the Zoom Apps Fund. As of today, Second Nature has raised a total of at $15.5 million in capital to date.

This makes Second Nature the fourth Israeli startup that works with AI to hold a big fundraise so far this month. Startup Nation is filled with AI tech.

Last week, Nucleix, an Israeli medtech startup that offers a liquid biopsy using AI which it says can detect cancer early, secured an additional $22 million in funding, as an extension to the previously announced $55 million financing.

Israeli startup Paradox, which developed Olivia, a digital recruiter that communicates with job applicants and uses AI, completed a $ 200 million round of funding at a value of $1.5 billion and has become a unicorn.

Second Nature boasts that it is the first company to offer a software platform for immersive sales simulations in natural language with an AI-powered conversation partner called “Jenny.” Sellers can raise their efficacy while managers can spend more time focusing on generating revenue and less time watching recordings. The solution has already been commercially deployed by industry leaders such as Zoom.

Second Nature says that it solves a key challenge facing large-scale organizations today: how to efficiently ramp-up sellers’ knowledge to drive revenue, confidence and skills. The company’s solution enables sales professionals to get up to speed on new products and services faster, practice selling with an interactive coach, expand sales reach more quickly, and streamline deal closing. Sophisticated algorithms enable Jenny to ask and answer questions, even those that are not pre-scripted.

“This demonstration of confidence from our new and current investors will help us transform enterprise sales productivity at scale,” said Ariel Hitron, Co-Founder and CEO at Second Nature. “In the growing sales tech landscape, Second Nature has established itself as a leader in AI-powered simulation and role-play for customer facing roles. By helping companies transition their sales coaching from being ad hoc to data-driven and structured, we’re empowering executives to drive real change in their organizations.”