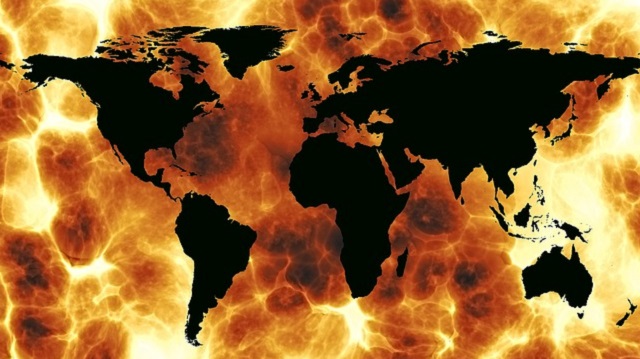 The Earth’s oceans recorded the highest temperatures in history in 2021. This is according to a new report released by scientists from the National Center for Atmospheric Research in Colorado NCAR.

NCAR is a center of research excellence in Earth system science sponsored by the National Science Foundation. It is funded by the federal government and managed by the nonprofit University Corporation for Atmospheric Research.
–

Last summer, the UN’s Intergovernmental Panel on Climate Change (IPCC) released a report proving that climate change is very real and is caused by people. The report showed that world temperatures are the hottest that they have been in 125,000 years and that the CO2 levels in the atmosphere are the highest they have been in 2 million years.

And last fall, world leaders met in Glasgow for a UN summit on climate change.

If the oceans continue to get hotter, then a great deal of life will be destroyed, from coral to plant life. And coral reefs around the world provide the planet with a great deal of its oxygen. Warmer oceans also mean more storms and hurricanes that have gotten more dangerous and destructive over the years.

According to the study, in the seven maritime domains of the Indian, Tropical Atlantic, North Atlantic, Northwest Pacific, North Pacific, Southern oceans, and the Mediterranean Sea, robust warming was observed but with distinct inter-annual to decadal variability. Four out of seven domains showed record-high heat content in 2021. The anomalous global and regional ocean warming established in this study should be incorporated into climate risk assessments, adaptation, and mitigation.

“The ocean heat content is relentlessly increasing, globally, and this is a primary indicator of human-induced climate change,” said Kevin Trenberth, a climate scientist at the National Center for Atmospheric Research in Colorado and co-author of the research.

So, we know what the problem is, but what is the solution? If we cut greenhouse emissions and other pollutants worldwide this will hopefully stop the current rate of climate change. But will it undo the damage that has already been done? Will it ever be possible to lower the ocean temperatures to what they once were?