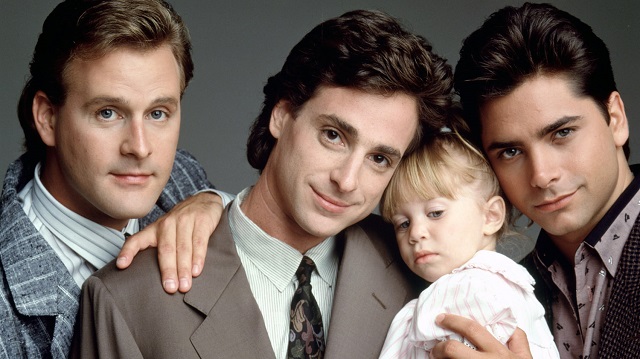 Bob Saget, the comedian and great Jewish TV star, has died at the age of 65. He was discovered in his Florida hotel room while on tour.

He started out as a standup where audiences and colleagues knew Saget for his brilliant, as well as dirty, comedy. But then Bob Saget became a regular, clean TV dad in the 1980s with the TV show “Full House.” On the show he acted like fellow comics turned TV dads like bill Cosby and Alan Thicke. Saget later hosted “America’s Funniest Home Videos” for many years.

This is a man who had no thought of the end. Bob Saget’s last Tweet, which came just hours before his death, read, “jLoved tonight’s show @PV_ConcertHall in Jacksonville. Appreciative audience. Thanks again to @RealTimWilkins for opening. I had no idea I did a 2 hr set tonight. I’m happily addicted again to this shit. “
–

Loved tonight’s show @PV_ConcertHall in Jacksonville. Appreciative audience. Thanks again to @RealTimWilkins for opening. I had no idea I did a 2 hr set tonight. I’m happily addicted again to this shit. Check https://t.co/nqJyTiiezU for my dates in 2022. pic.twitter.com/pEgFuXxLd3

Saget’s friends and fellow comedians took to Twitter to express their grief.

His co-star from Full House John Stamos tweeted, “I am broken. I am gutted. I am in complete and utter shock. I will never ever have another friend like him. I love you so much Bobby.”

Jim Carey posted, “Beautiful Bob Saget passed away today at 65. He had a big, big heart and a wonderfully warped comic mind. He gave the world a lot of joy and lived his life for goodness’ sake.”

Gilbert Gotfried said, “Still in shock. I just spoke with Bob a few days ago. We stayed on the phone as usual making each other laugh. RIP to friend, comedian & fellow Aristocrat Bob Saget.”
–

Beautiful Bob Saget passed away today at 65. He had a big, big heart and a wonderfully warped comic mind. He gave the world a lot of joy and lived his life for goodness’ sake. :’^} pic.twitter.com/QVSITsfaVj

Adam Sandler tweeted, “Great man. Funny as hell. Such a nice person. Love to Bob and his whole family.”

Jason Alexander from Seinfeld, “I know that people lose loved ones, good people, every day. No one gets a pass. But the loss of Bob Saget hits deep. If you didn’t know him, he was kind and dear and cared about people deeply. He was the definition of “a good egg”. Too soon he leaves.”

Billy Crystal said, “I’m shocked and saddened to learn that Bob Saget is gone. A great friend and one of the funniest and sweetest people I have ever known. My love to his beautiful family.”

Whoopi Goldberg posted, “Sail on my friend Bob Saget With your huge heart and abject lunacy,my condolences to his daughters & other family.”

Marc Maron said, “Oh no. RIP Bob Saget. Truly one of the nicest guys and so funny. Very sad.”