The bitcoin network’s worldwide computer capacity has plummeted substantially since Kazakhstan’s internet was shut down last week during a tragic revolt.

According to the Cambridge Centre for Alternative Finance, Kazakhstan became the world’s second-largest bitcoin mining hub last year after China banned it.

On Wednesday, the internet was knocked down nationwide.

On Thursday, Russia dispatched paratroopers into Kazakhstan to assist quell the nationwide revolt.

Kazakhstani miners would have been unable to access the bitcoin network.

Bitcoin and other cryptocurrencies are created by powerful computers located across the world that compete to solve complex mathematical riddles.

In September 2019, Bitcoin miners in China consumed a whopping 76 percent of all computer energy utilized in cryptocurrency mining. However, the scene has shifted considerably since the country’s crackdown on cryptocurrency.

In the same month of 2019, miners with US-based IP addresses consumed 4.1 percent of computer energy – or ‘hashrate’. Fast forward to the summer of 2021, when the United States is now the largest consumer of Bitcoin energy, accounting for moreover a third at 35%, while China’s share has dwindled to 0.01%.

With China no longer an official participant in the business, Kazakhstan’s rate has increased to 18.1 percent. To underscore Kazakhstan’s newly acquired prominence, the country’s current political instability and subsequent internet shutdown have been strongly related to the most recent Bitcoin price drop.

Despite being the largest and most significant cryptocurrency, Bitcoin is nevertheless notorious for huge price increases followed by equally dramatic price drops. Bitcoin dropped to approximately the $30 thousand mark at the end of July, after reaching an all-time high of nearly $60 thousand in April 2021.

Instability and cryptocurrency, on the other hand, go hand in hand, and the Bitcoin roller coaster roared skyward again shortly thereafter, reaching a record high of over $67 thousand in early November.

At the start of 2022, the yo yo succumbed to gravity once more, owing partly to political unrest and protests in Kazakhstan, as well as the subsequent internet blackout. What does Kazakhstan’s condition have to do with Bitcoin? Since China’s crackdown on the currency, its neighbor has risen to become the second-largest participant in the Bitcoin mining industry, accounting for 18.1 percent of all processing power utilized for the activity globally. 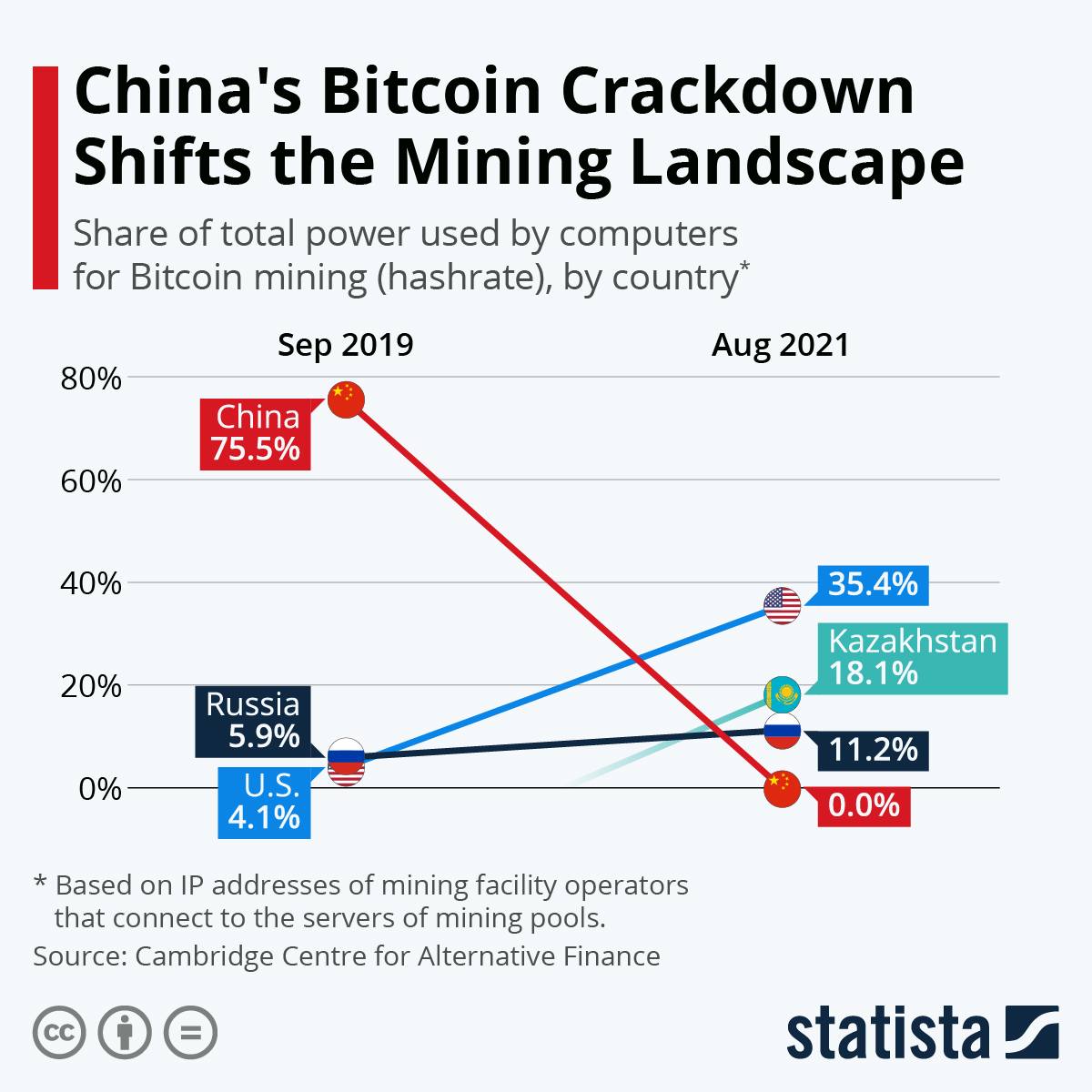