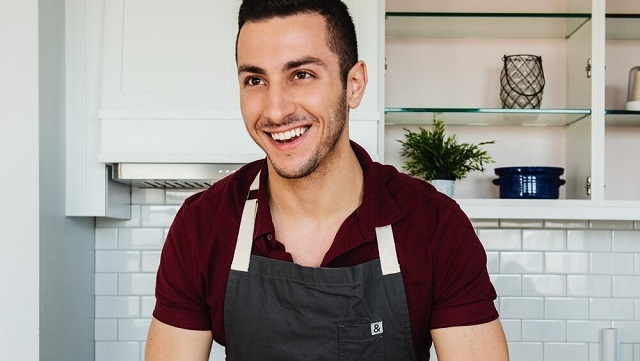 Jake Cohen is one of those people who have made it big being a so called influencer on social media. He did so by talking about food. Only now, Jake Cohen is in trouble. He is being sued over allegations of racism and sexism.

Describing himself as a nice Jewish boy who loves food, Jake Cohen studied at the Culinary Institute of America and went into food media, first at Saveur Magazine, where he led recipe testing in the publication’s test kitchen. He also served as the Food Editor of TastingTable.com, the Food Critic for Time Out New York, and the Editorial and Test Kitchen Director of The Feedfeed from 2018 to 2020.

It is at FeedFeed where Cohen apparently got himself into trouble.
–

FeedFeed calls itself the” world’s largest crowdsourced publication.” But now two of its former employees have filed a federal discrimination lawsuit alleging that they experienced mistreatment and verbal abuse at the company, according to a report in the Washington Post. The plaintiffs are Rachel Gurjar and Sahara Henry-Bohoskey, both women of color. Feedfeed’s founders, Dan and Julie Resnick, are also named as defendants in the lawsuit along with Jake Cohen.

The plaintiffs say that they were “verbally abused and retaliated against when they complained.” The two also claim that they were frequently told to work overtime without being compensated.

Gujar posted a really long statement about it on Instagram. She said that Jake Cohen, her manager there, “bullied, nitpicked, harassed and screamed orders at me across the studio on multiple occasions.” She also wrote that, “he allowed others to come in and mistreat his editorial team.”
–

The Resnicks responded in a statement to the Washington Post saying that they “are distraught that it has come to this. The number of falsehoods and inaccurate, misleading statements are too numerous to mention in this brief response but will be presented in a court of law.”

Jake Cohen said: “I treated everyone at the Feedfeed equally and fairly and never demeaned or disparaged any of my co-workers in any way.”